Five Doctor Who episodes to help you deal with grief

I’m writing this four days after my mother died.

It was one of those sudden, unexpected things: a phone call at five in the afternoon, the rain hammering on the roof of the folding camper as we laughed and giggled about nothing, and then the sudden, life-changing moment when you’re told the news, and then the denial (“No. No, no. You’re wrong“) and then…look. To be honest it’s a blur. But somehow things got done. And there was the inevitable back-and-forth between close family members and then we cancelled our day-old holiday and came back to deal with it. She had a heart attack despite having no history of heart trouble and that means a post mortem and a certain amount of limbo while you wait for the phone to ring.

It is a funny state of affairs. There is grieving without grieving. I think that, even after all this time, I am still in shock; a particularly lucid nightmare from which there is no chance to wake. You go onto autopilot: things happen because they must, and because the day needs to be traversed like some desolate, inexplicably familiar commute even though the circumstances are bizarre and frightening. It occurs to me that I have yet to cry about all this, and for once in my life the sense of overriding guilt that is my default emotional state is suddenly and notably absent, simply because I am keeping it at bay for fear that it would just about finish me off.

So I am currently fractured, and not in a good place, and when I’m not in a good place I tend to fall back on something creative. It’s that, or sit there and brood. For example, I have just rendered every single canonical Doctor in cartoon form using the Flipline Papa Louie Pals app; one of those random things you do when you’re waiting for the coffee to reach drinking temperature. I will post them here eventually, when I’ve sorted out the height variance. It seems almost frivolous, but it’s a way of getting through the day. No, it’s more than that: creativity is (and I dearly wish it weren’t) an outlet that is all too often fuelled by melancholy, where bad things lead to good things. In the (sometimes metaphorical) studio of every artist there is – or ought to be – a plaque reading “YOU DON’T HAVE TO BE MISERABLE TO WORK HERE, BUT IT HELPS”.

Or perhaps it’s just a way of shutting out the noise. And it is a noise, this confusing maelstrom of mixed moods, of memories both bad and joyful and sometimes both, of things said and unsaid and this realisation that there is no such thing as a positive or negative emotion, there is only an emotion, and that it is possible to feel both good and bad. “The sun rose steadily over Hogwarts,” writes Rowling at the end of The Deathly Hallows, “and the Great Hall blazed with life and light. Harry was an indispensible part of the mingled outpourings of jubilation and mourning, of grief and celebration.” How wondrous it might have been if we had actually seen that at the end of the film, instead of the mute and oddly soulless calm that David Yates and Warner opted to provide.

But Doctor Who can be like that. At its best (and that is a heady height that is reached all too rarely, it seems) it provides both the opportunity to celebrate life and also to mark its end, as characters die and are appropriately mourned, and death is the next stage on a journey, or a sacrifice worth making, or perhaps as simple as going to bed at the end of a very long day. This list is not exhaustive; nor is it definitive. Certain ‘obvious’ stories (Father’s Day) are missing; other choices will possibly strike you as odd. That’s fine. These are, for one reason or another, the episodes that have helped me, curiously not by revisiting them (I simply haven’t had the time) but purely in terms of remembering key themes and moments and dialogue from years of watching and dissecting and writing about them. And this week, doing that has comforted me. And if anyone is feeling what I’ve been feeling, and can in turn draw any comfort from anything I’ve written, either here or below, then my work is surely not fruitless, nor meaningless.

And I miss my mum.

Twice Upon A Time

What would you do, muses Steven Moffat in this Christmas special, if you had the chance to say goodbye again? If the dead were somehow stored as permanent memories, magically rendered flesh through the conduit of a glass avatar? What would you say to them – if, indeed, you could be sure it was them? And how would you know? That’s the mystery that the Doctor endeavours to solve, with the help of a long-vanquished former self, a dead woman and a melancholy army captain whose time is apparently up. There are gags about French restaurants and there is a Dalek, but it’s that idea of loss and survival that lingers long after the smoke from the death ray has dissipated into the air. The notion that we might somehow be able to talk to the deceased – or, more specifically, that they might talk to us – is one that is embossed throughout ‘Twice Upon A Time’, holding it together like the stitching on David Bradley’s hat. The avatar on the battlefield is both Bill Potts and not Bill Potts; both Clara Oswald and not Clara Oswald, both Nardole and…well, you get the idea. In the end, it is the memories of others that make us who we are, and that as long as there is breath in our bodies, they never truly leave us. 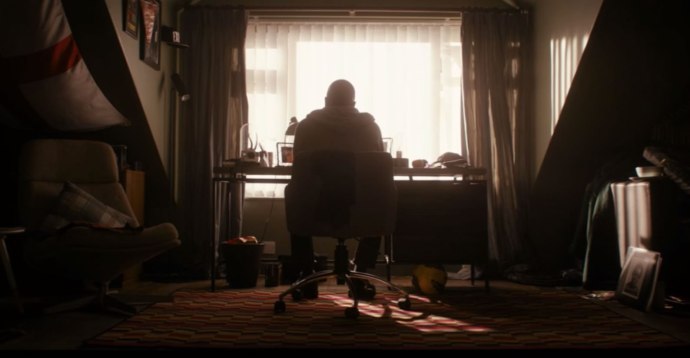 The Woman Who Fell To Earth

Series 11 opens with the news of a death, only we don’t know that. Jodie Whittaker’s inauguration begins and more or less ends with a YouTube video, uploaded by a tearful young man mourning the loss of his grandmother. It is a grief that will eventually unite him with her second husband – a man who himself carries the weight of loss in his cancer-stricken body: a man with a broken heart living on borrowed time. And yet this is not in itself a bad thing. “I carry them with me,” says the Doctor, when asked how she copes with those she herself has lost. “What they would have thought and said and done. I make them a part of who I am.” It is a sentiment that will eventually save Graham, when faced (much later on) with the ghost of the woman he knew, and who is able to tell her apart from the real thing by remembering how she would have reacted. Still, it is always the Doctor who survives, and sometimes that hurts. And as good as it was, there was a sting to this particular tale when we re-examined its title: this notion that there were two women, both of whom had fallen to Earth, and that only one of them managed to get back on her feet.

Shaken and broken from the apparent death of his companion, Peter Capaldi’s Doctor is marooned inside a watch that looks like a castle, chased by a ghost that wouldn’t look out of place on Scooby Doo, and spends four billion years punching through a wall. On paper it sounds almost ridiculous. In practice it is a stunning, almost groundbreaking entry in the Who logbook, a Groundhog Day of endless grief. But it is the mood of this one that strikes you: a sombre, semi-lit world of browns and greys and dark reds, where corridors shift and paintings decay and one is both always alone and never alone. Clara is both the Doctor’s muse and the object of his grief, manifest in a cacophony of half-glimpses, viewed from behind as she scratches with chalk before vanishing once more into the shadows – the decision to eventually show her one of the few narrative missteps in an otherwise impeccable production. “It’s funny,” muses the Doctor, halfway through this story, drumming his fingers on the arm of a chair. “The day you lose someone isn’t the worst. At least you’ve got something to do. It’s all the days they stay dead.” The following week (and presumably requiring something else to do) he would bust Clara from the trap street and she would run off with Maisie Williams in a stolen TARDIS, but we’re not going to discuss that one.

The Rings of Akhaten

Poor Neil Cross went through the wringer with this, and it really isn’t fair. Yes, it is overly sentimental and frequently ridiculous. Yes, the the final conceit (in which, during what is a bizarre twist on The Very Hungry Caterpillar, Clara destroys the monster by feeding it a leaf) really doesn’t work. Yes, the singing is a bit much. On the other hand you would be hard-pressed to find an episode of Doctor Who that matches this one in terms of ambition, grandeur and sheer unbridled joy: a rejuvenated Doctor, fresh off his leash, a companion dazzled by the wonders of the universe, a beautifully rendered interstellar market and a dozen good ideas that never quite bear fruit. The Doctor’s graveside stalking of Clara is uncomfortable to watch – it’s rather like reading your girlfriend’s diary – but the whole pre-title sequence is a beautiful and ultimately heart-rending vignette that shows us how someone might be defined by the people close to them. ‘Akhaten’ is about letting go of the things we love, but it treads this path with that sense of bittersweet sadness and joy I was talking about; the one that pervades the closing moments of Harry Potter. And this in the episode where Matt Smith has a wand duel. 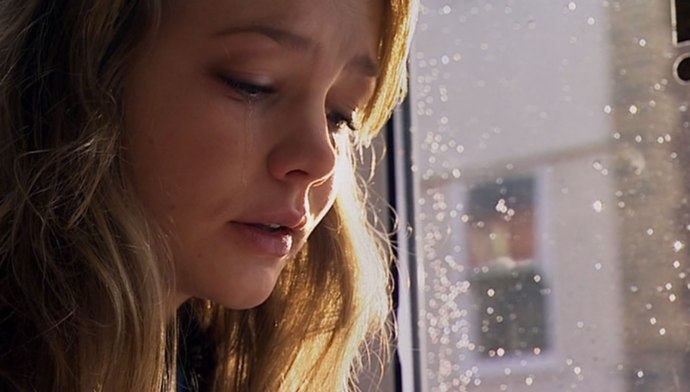 Viewed from one perspective, ‘Blink’ is a story about bootstraps and puzzles and the frightening things that lurk in old houses. That’s usually how I approach it, and I wouldn’t blame you for doing the same. But it’s so much more than that: it is, at its core, a story about loss, as Sally Sparrow – the undisputed queen of Companions That Never Were – has her heart broken twice, once by an old acquaintance and once by a new one. This would count for nothing if the script were mawkish and sentimental, but it is neither: ‘Blink’ is one of those stories that works just as well when it is being sad as when it is being frightening, and the death of Billy Shipton (announcing, with a poetic abstractness that would eventually outstay its welcome, that he would live “until the rain stops”) is among the most poignant scenes that Moffat has ever committed to paper. And it’s here, in these moments of downtime when the statues are off camera and the score is quiet and understated, that the paradox of the Weeping Angels is revealed: that the tragedy that trails in their wake is visited not upon those who are taken but on those that are left behind. The Doctor calls this potential energy; at the risk of sounding tremendously cloying, we might just as easily call it love.