Have I Got Whos For You (Vernal Equinox Edition)

I am working on something resembling new content, honest, but I’m also writing a book. So you’re going to have to be patient, OK?

With that in mind, here’s two scenes, sandwiched together. Obviously. 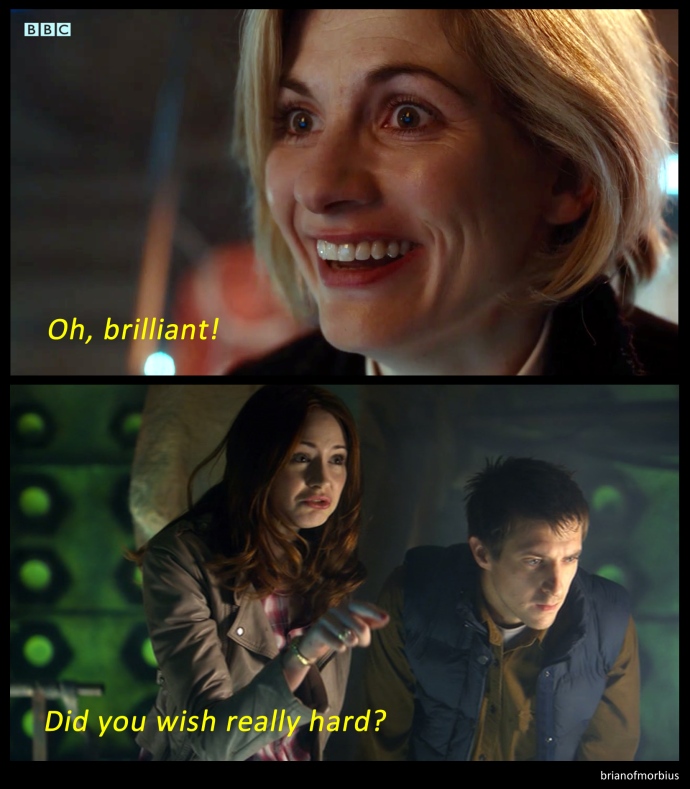 Elsewhere, the Sixth Doctor’s new companion gets a facelift in the wake of a new merger between Panini and Dreamworks.

And there was sad news in the entertainment world yesterday as we learned of the death of Jim Bowen – late of Last of the Summer Wine, but best known for the long-running darts quiz Bullseye. Which, unbeknown to many, once guest-starred Jon Pertwee…

Like Loading...
Categories: Have I Got Whos For You | Tags: bullseye, frobisher, jim bowen, jodie whittaker, jon pertwee, planet of the spiders, the doctor's wife, third doctor, thirteenth doctor, twice upon a time, whomobile | Leave a comment

It’s a dog. On a trampoline.

I mean, I can’t get too excited about it. I really can’t. They were doing so well. That old man with the telescope was a work of genius, despite being scientifically implausible and mawkishly sentimental. It said something important. It was touching. It made me cry, dammit. This one was tedious. It’s not even funny. Bad Buster. Go to your kennel.

John Lewis’ Christmas advertising always makes the headlines, as people discuss the adverts, the thinking behind them, the music, the emotional fallout, the fact that this is just going to encourage parents to buy trampolines and dogs, the risk of bovine TB…do you ever think that there’s such a thing as internet pollution? I know I do. It’s just so much rubbish, with perhaps a greater emphasis than one might expect from ‘so much’ – a myriad different websites all saying more or less the same thing. It passes the time, but I wonder how much we really stand to gain from saturating the web in this way.

Anyway. This post started life as a simple collection of Photoshopped images – the Man on the Moon image, produced last year, was the first, and the others followed yesterday. But a curious thing happened while I was cutting and pasting and adjusting hues and shadows. The moment of clarity occurred when I stopped to consider the fact that the twisted snowmen who appeared in Doctor Who turned up the same Christmas that John Lewis had their own snowman trekking across the wilderness to find a present for his soon-to-be-a-puddle playmate. This by itself means nothing, until you stop and consider the fact that the developments John Lewis took with their seasonal narratives echo (with uncanny precision) the way that Doctor Who has been written and produced these past few years.

Don’t believe me? Let’s take a look. (For obvious reasons, these concentrate on the past few years – the period when John Lewis actively started telling stories in their Christmas ads. And for what it’s worth, I tried – I really did – to work in 2011 as well. But it just didn’t fit.)

In the John Lewis Christmas ad: An anthropomorphic snowman embarks on an epic quest to find a scarf.

In Doctor Who: A grumpy Time Lord, fond of scarves, embarks on an epic quest to investigate an anthropomorphic snowman.

In the John Lewis Christmas ad: A tired, grizzly, world-weary bear is chronologically displaced when his hibernation is rudely interrupted. It turns out to be the best thing that could have happened. Features a hare.

In Doctor Who: A tired, grizzly, world-weary Time Lord is chronologically displaced when his destruction of Gallifrey is rudely interrupted. It turns out to be the best thing that could have happened. Features a rabbit.

In the John Lewis Christmas ad: A young boy spends Christmas with a penguin, whose living, breathing presence turns out to exist only in his imagination. He is observed by a parent, who watches as another imaginary penguin emerges from a box that appears to be bigger on the inside.

In Doctor Who: A young English teacher spends Christmas with her boyfriend, whose living, breathing presence turns out to exist only in his imagination. She is observed by a parental figure, emerging from a box that is bigger on the inside, and who once travelled with a penguin.

In the John Lewis Christmas ad: A lonely old man, clearly not of this world, is re-invigorated thanks to the affection of a small child. And a telescope.

In Doctor Who: A lonely old man, clearly not of this world, is re-invigorated thanks to the affection of a bisexual English teacher. And an electric guitar. 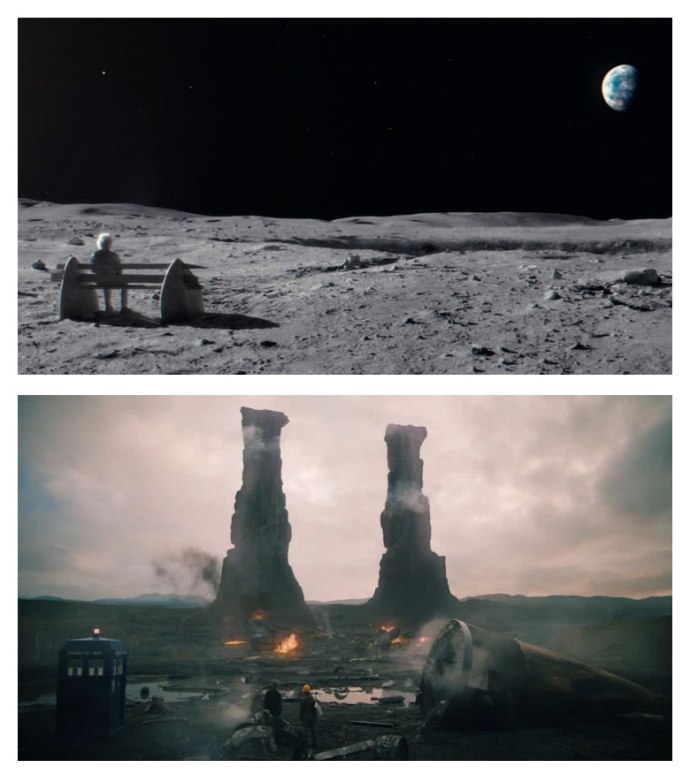 In the John Lewis Christmas ad: An over-excited girl eagerly awaits the arrival of Christmas morning, only to find that her new present has been invaded by small woodland animals, and she has to wait until the dog has finished jumping on it.

In Doctor Who: A horde of over-excited fans eagerly await the arrival of a new series, only to find that it’s been delayed , and they have to wait until the spin-off has finished.

Spooky, isn’t it? Next week in Brian of Morbius: the nesting habits of tuna.