It’s Scooby Doo’s birthday. The cowardly canine is a whole half-century (that’s an oxymoron, surely?): five decades of running up along corridors avoiding the portraits with living eyes and hiding behind lampshades and suits of armour, before discovering the larder and constructing geometrically implausible sandwiches. I just finished playing a mobile game called Agent A – one of those episodic adventure / puzzle type things that was actually quite good – and you spend five chapters exploring the villainess’s lair and its surroundings and NOT ONCE DO YOU ENCOUNTER ANYTHING THAT MIGHT REASONABLY PASS FOR A KITCHEN. I mean honestly. I know the woman is stick thin, but surely she must down the odd protein shake? Sushi? Bit of salad?

Perhaps it’s all fine dining and drive-throughs. You’d think it would show on her figure, except Shaggy manages to eat the monthly food allowance for a small Peruvian mountain village and still fit into size 32 trousers, so I guess these things don’t have to make sense. 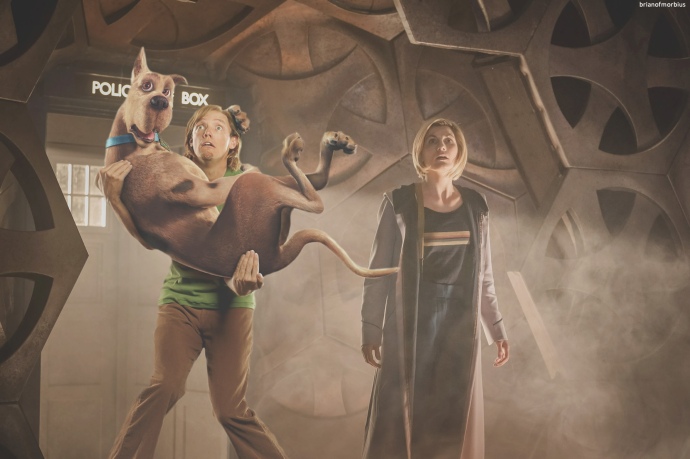 In the news this week: rumblings in Scottish lakes, or lack thereof.

The Loch Ness Monster is rather like a no-deal Brexit. Everyone has their own idea of what it’ll be like, we’re all probably wrong, views from experts are being largely ignored in favour of populist trash and there’s considerable doubt as to whether the thing will ever actually surface, and so at the moment it’s mostly a marketing opportunity.

It was also Roald Dahl’s birthday yesterday, which led to the usual moaning on Twitter about how he was problematic, owing to some unsanctionable views on the Holocaust, some rather unfortunate stereotyping in Charlie and the Great Glass Elevator and the fact that when it came to family the guy was a bit of a nob. It’s ironic when you consider that Danny The Champion of the World contains one of the most beautifully rendered portraits of fatherhood I’ve ever encountered. David Walliams, on the other hand, is being touted as ‘the new Roald Dahl’, despite being a much nicer person (at least ostensibly) who possesses only a small portion of Dahl’s talent; I do enjoy The Boy In The Dress but is this really the pinnacle of contemporary children’s writing? Or can we do better? Because I can’t help feeling we can.

Anyway, I’m not getting into whether or not you’re allowed to read Dahl’s books or even celebrate his existence on the grounds of his personal life and political allegiance; if you’ve been around here long enough you’ll know my views on the matter, so I will leave it to grumpy Spectator columnists and millennial hacks writing for trashy, overly Woke online publications to have that particular argument. Instead, you can have a deleted scene from 2005.

Oh, while we’re on mashups (I can’t believe I actually wrote that; mashups is all we ever do around here), perhaps now’s a good time to put that irritating Reddit meme to bed, albeit with a different image than the one that’s currently doing the rounds.

I leave you with the news that Fireman Sam has been dumped. No, not by Penny (with whom, I suspect, he’s been having a long-standing relationship, complete with fumblings behind the lockers during the evening shift and all sorts of innuendo about hoses and poles), but by Lincolnshire Fire and Rescue Service, who deem him inappropriately male for their contemporary inclusive image. I suspect that as the epitome of white male privilege (yes, I had a bit of racist abuse at school for my Hebrew ancestry, but nothing to write home about) I should have no views on this whatsover, and thus will refrain from stating one.

Anyway, Sam needs to find a new gig, so accordingly: 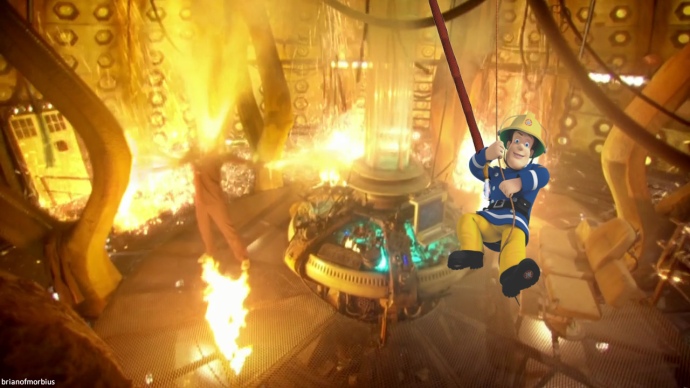