Have I Got Whos For You (series 12 edition, part one)

Halloo! There will be fresh a conspiracy theory roundup very soon – of course there will – but to tide you over until then, here’s the first bi-weekly edition of memes from this year’s Doctor Who series, along with topical stuff that simply couldn’t wait. I am tapping this while waiting for the shopping to arrive, and Tesco do have a tendency to be early, so let’s crack on, shall we?

‘Spyfall’ first: and, in a joke that is probably going to appeal to a maximum of three people, there’s a major upset when the Doctor tries to decode the Kasaavin signal.

In the year 200,000 there’s much hilarity on Twitter when Billie Piper botches an easy question. 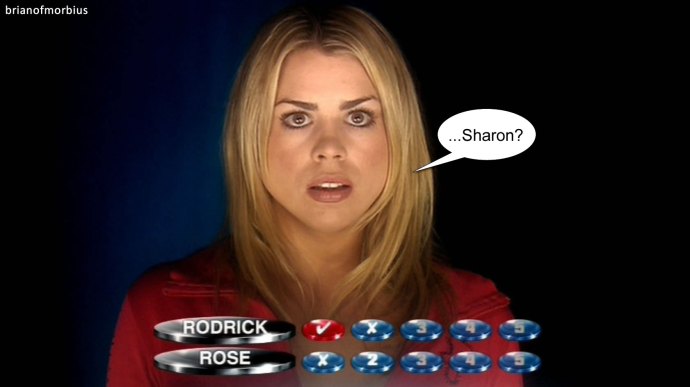 Taking refuge during a Kansas cyclone, young Dorothy Gale gets a nasty shock when she looks out of the window.

And fresh from his appearance in a Japanese TV trailer, Baby Sonic dashes from the Green Hill Zone to the fields of Provence to give his flower to a very special painter.

In a Trenzalore cemetery, a whispered conversation reveals the truth behind the controversy around last year’s Christmas blockbuster.

And stranded on Earth and forced to live through most of the twentieth century, the Master takes a job at the BBC.

All the sand which is there

Sometimes, on a beach, you run out of stuff to do.

I can’t help thinking that the other-worldly time vortex-created graffiti impact of this might have been greater IF I HADN’T LEFT THE STICK IN SHOT.

Emily, who was sitting on the wall at the top of Minehead’s artificially constructed beach, had another idea. So we did that. 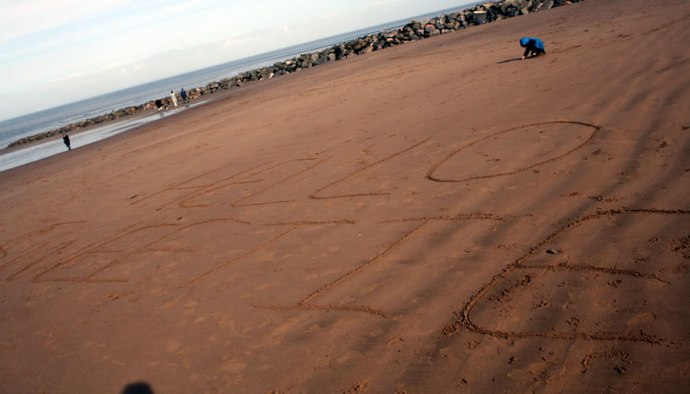 I like the idea that you might be able to see it from space. You know, if you had a really, really powerful magnifying scope.