The inevitable Doctor Who / ABBA thing

God Is In The Detail is taking a break this week. I’m sorry, I simply don’t have the energy. Events have worn me out. Sometimes you need to put things down, rather than going through the motions for the sake of completion. This week is one of those. Besides, I don’t think many people actually read it these days. There are so many outlandish fan theories doing the rounds that it just falls between the cracks, another victim of Poe’s law, dropping into the filter alongside all the crackpot ideas about grandparents and necklaces.

Let’s do something fun instead. We’ll have a bit of ABBA, shall we? ABBA are great. My love affair with them began in the early 1980s when we had a couple of their albums (at least one of which was a compilation) on vinyl. There was a record player in the bottom of the wardrobe, and whenever I heard the heavy, almost claustrophobic bass that opens ‘The Name of the Game’ I was convinced that they were hiding in the back somewhere behind the coats. (I was four; I think that’s a reasonable excuse.)

Fast forward – literally – a few years, to the video we bought from Smiths and which I watched nigh on every Saturday for about a year, wherein I learned about the joys of ‘Dancing Queen’ and ‘Eagle’ and the unremitting sobfest that is ‘The Winner Takes It All’. I tended to stop when it started talking about ‘One Of Us’. For one thing I didn’t care for Agnetha’s perm. For another it was getting uncomfortable to read, the band walking away into the sunset during the final fade for ‘Under Attack’. Was it my first brush with divorce? Probably. You could feel the pain and the hurt in those lyrics – “I don’t wanna talk,” Agnetha sang as she stood looking out at a river with the wind blowing in her face like someone researching their family tree in Who Do You Think You Are? “‘Cos it makes me feel sad.” And by the end of the record, it made me feel sad too. Every single time it came on the radio. Job done, I suppose.

Comebacks and reunions are always ripe for scrutiny – can they still pull it off, after all this time? – and it was inevitable that for every cheering Mamma Mia fan there’d be at least a couple more wondering why they’d done it. And yes, the new album is occasionally patchy and has some pretty terrible lyrics. That’s vintage ABBA. Seriously, go and listen to ‘Two For The Price Of One’. Or ‘What About Livingstone’. Or ‘Dum Dum Diddle’, if you can stomach it. Or ‘On And On And On’. I could go on (and on). They’re Swedish, for pity’s sake; give them a bit of credit for writing stuff we can at least understand, even if there is at least one moment every album that make you cringe. On Voyage it comes in the form of ‘Little Things’. “Little things,” sings Frida (or is it Agnetha? Seriously I can’t tell these days) playfully. “Like your naughty eyes / You’d consider bringing me a breakfast tray but there’s a price…”. Ouch. Still, at least she’s not too old for sex.

Anyway. I took a bunch of ABBA lyrics and stuck them into Doctor Who stills, because…well, it was fun. And because Voyage, for all its quirks and oddities, is a bundle of infectious joy, and god knows we need more joy in this crazy, broken world. I don’t know about the rest of you, but I spent years feeling sad that they ended their original run on what was both a career high and a personal low – The Visitors was great, but the (apocryphal) image of Agnetha sitting in the darkened studio creaking out the final vocals to ‘The Day Before You Came’, as the rest of them all sit not speaking to each other, is just a little too much to bear. And for years that was it. I used to have a thing: for years, whenever anyone used to post a ridiculous (and frequently problematic) pipe dream, I’d say “That’s about as likely as an ABBA reunion.”

And it’s a shame I can’t use that one anymore, but it’s a price worth paying.

Doctor Who: The Day Before You Came

(If you’re reading this on a phone or tablet there is a chance that the embedded video may be unavailable to you. If that’s the case, I’ve left another version at Vimeo; that one should work.)

You say ABBA, you think ‘Dancing Queen’. You think Eurovision and ‘Waterloo’. You think Meryl Streep crying on a hill. You think Pierce Brosnan belting out ‘S.O.S.’ in the manner of someone having a prostate exam off camera (not my joke). You think flashy costumes and a certain joie de vivre.

Because no one likes to remember how utterly miserable they were by the time they disbanded. ABBA were a group who bore their hearts on their sleeves, or at least that’s the way it looked to the rest of us, whether it’s the raw emotion of ‘The Winner Takes It All’, the slightly manipulative but no less heartfelt sadness of ‘Slipping Through My Fingers’, the parenting anthem to end all parenting anthems (with the possible exception of ‘The Living Years’)…even something as outwardly upbeat as ‘When All Is Said And Done’ is amicably miserable (though it does include the line ‘not too old for sex’, so every cloud). I’m not saying we ignore the miserable bits, more that we tend to give more airspace to something like ‘Fernando’ than something like ‘One Of Us’. (I’ve never much cared for that song, although that’s the point at which Agnetha permed her hair and I stopped fancying her, so maybe that had something to do with it.)

The starkness plays out in that final album. The Visitors is possibly the best thing they ever did, tapping new and uncharted musical territory – an almost industrial technopop that was years ahead of its time and which Andersson and Ulvaeus would see come to fruition of a sort when they finished Chess, even though that’s still fairly theatrical. But it’s those two non-album singles – ‘Under Attack’ and ‘The Day Before You Came’ – that make the playlists, despite an initially lukewarm reaction from an audience that wasn’t ready for anything like this and had in any case more or less lost interest. Years later the latter regularly tops fan polls. I wonder if in years to come we’ll view ‘Fear Her’ with such retrospective acclaim. 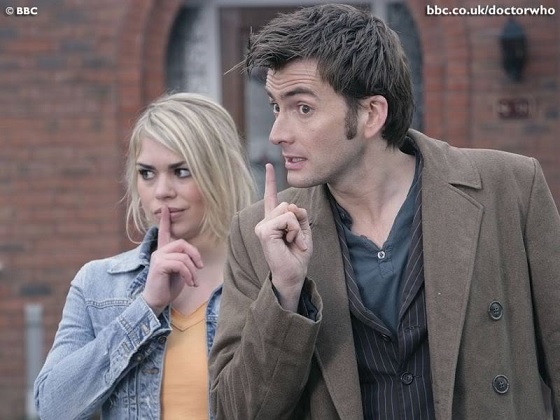 The Wikipedia entry for ‘The Day Before You Came’ is worth reading, but I’ll summarise the best bits –

– Despite the minimal backing track, what really stands out is Agnetha’s voice, which is by and large sung in her native Swedish accent, rather than the twang she would adopt for other recordings

– The song’s meaning is the subject of intense scrutiny and debate – is this a song to a boyfriend? An ex-boyfriend? A murderer? Did her mundane life change for the better when this mysterious figure arrived, or did it in fact get worse? (The video goes some way to explaining this, although if you need a video to explain a song, the song’s a failure, so I prefer to think of the video as an afterthought)

– She left at 8 am and was at work by 9:15; conversely she left at 5 pm and didn’t get home for three hours. I know the woman stopped to pick up a Chinese but even allowing for rush hour traffic there is something going on here.

– Myself, I’ve always liked the image of Agnetha alone in the studio, completing the final recording with the lights out, as a musical union that’s outlasted two marriages limps along to its final, scrappy conclusion. Roll credits.

Anyway. Why the hell hasn’t anyone done something with Doctor Who? When you consider the new series’ focus on companions and the way their lives are changed by the arrival (and eventual departure) of the Doctor, isn’t it an obvious fit? The Doctor has a habit of blustering in, acting as a catalyst for revolution and reform and then making a quiet exit so someone else can clean up the mess. Doesn’t he have a tendency to treat people the same way?

What annoyed me intensely was that all those departure / regeneration scenes I found myself mocking when I watched the episodes that contained them took on a sudden emotional resonance when I looked at them again. I mean, I was crying at the Doctor / Verity Newman scene in ‘The End of Time’. That scene is faintly ridiculous and here I am wiping my eyes clean. Then I was crying at Rose. Dammit, I’m one of the ones that smirks whenever this sort of thing shows up on the Tumblr feeds. WHY IS THIS UPSETTING ME? I’M SUPPOSED TO BE DEAD INSIDE!

That’s a roundabout way of saying that I made this last week, feeling sad and not really knowing why. Perhaps I knew, on one level or another, that this week would be the way it was. And I do feel sad this week, more than I can tell you. The world seems to have no real sense of self, just a collection of squabbling factions and misunderstandings and hatred and bile. I feel as if we’ve broken something we’re not going to be able to fix in a hurry, and rather than actually sitting down and working out how it broke and what we can do to piece it back together, we’re just kicking the fragments round the playground like angry schoolchildren.

And I don’t know the answer. I don’t. But I know that’s no way to run a planet.