Have I Got Whos For You (non-existent general election edition) 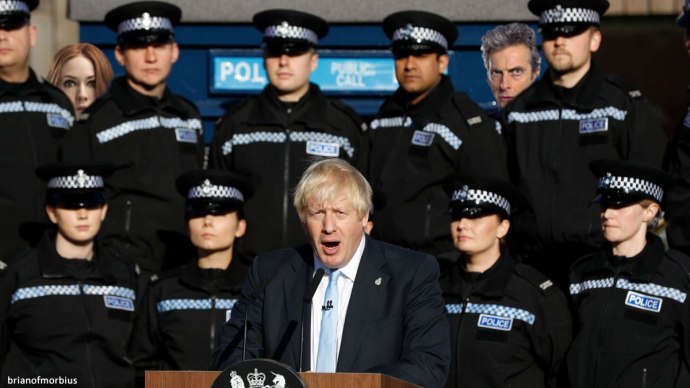 I think you’d be hard-pressed to find someone who didn’t have a more ostensibly disastrous week than this man. I have yet to meet a single person – even a Conservative – who actually thinks he’s the right person for the job. Clearly there must be a few of them, and they’re presumably all camped somewhere outside my echo chamber, completely ignoring its existence, but I’ve never known a Prime Minister who’s united the nation like this. Not since Thatcher, anyway, in her last years, when she was one of the most hated women in Britain, besides Mary Whitehouse. These days people are quick to sing her praises; either they have short memories or they were never around for the Poll Tax riots.

Anyway, the day after he lost in the Commons (on something or other; there were so many votes and I lose track) Boris went out on the campaign trail, only to be met with a sea of protesters telling him that he wasn’t really welcome. Or as Capaldi’s Doctor might have put it, “Please leave my planet.” 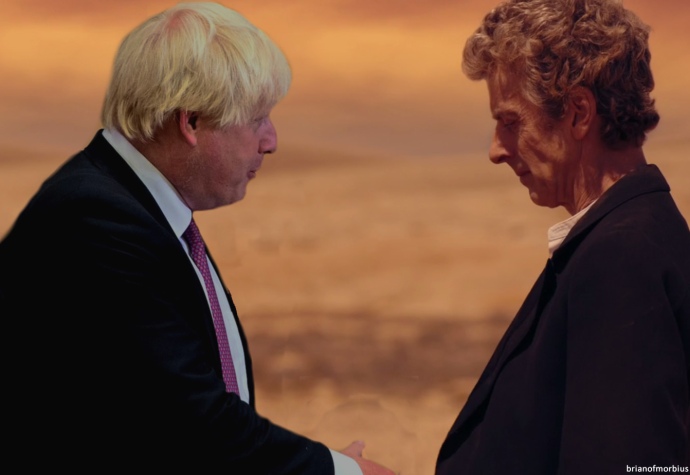 Let’s drift away from the politcs. Over at Hogwarts, Argus Filch reacted badly to the news that Dumbledore’s giving him a little extra help this year. 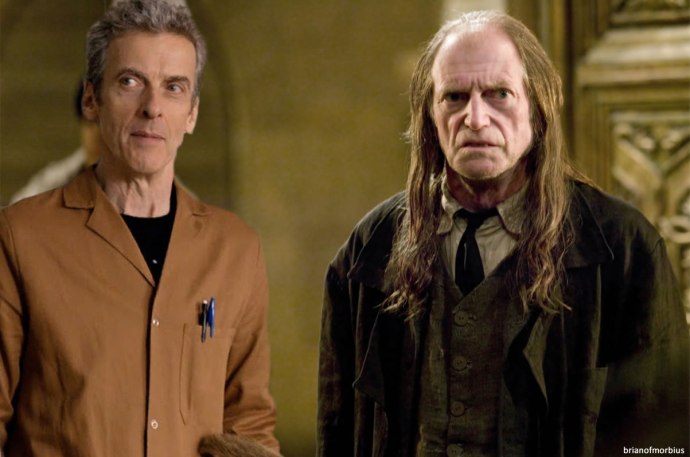 And in consumer affairs, there’s trouble in the TARDIS when the Eleventh Doctor does a little online shopping. 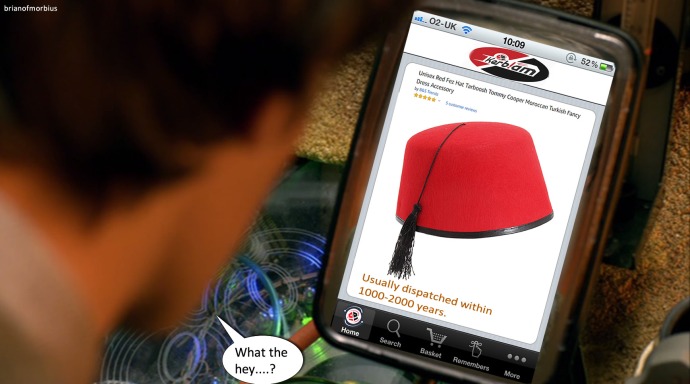 Coming right up to date, our fly-on-the-wall entertainment correspondent was on a bus and one thing sort of led to another and…

(Needless to say, I had to lock the comments on this one.)

Sports now, and in a national park somewhere in the North, on a beautiful afternoon in late summer, crowds gather to watch the annual DC / Time Lord Sidekick Carry-off. 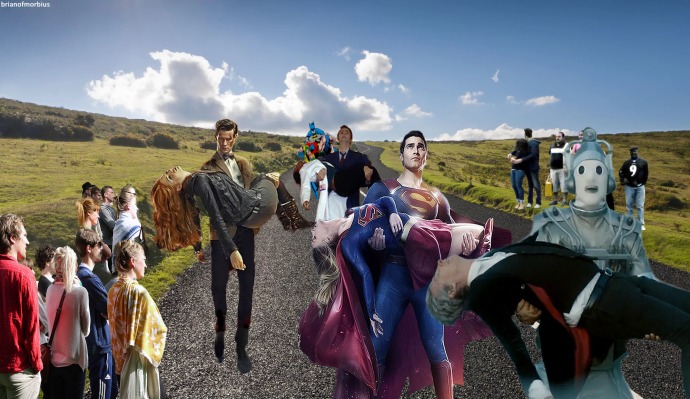 And as the long evening draws to a close, it’s an opportune moment for the hardworking British man to kick back and relax after a blood, sweat and tears of a good day’s honest work.