Have I Got Whos For You: End-of-August edition

There’s some interesting stuff currently cooling over at the Brian of Morbius foundry. We’ll have a new video dump, some debunking of myths and soon – when the time is right – I’m going to be plugging the short fiction I’ve been writing, in a lazy and half-hearted attempt to reinvent myself as a storyteller rather than a hack. Well, you have to move on.

That’ll have to wait a bit. In the meantime, here’s this week’s roundup – beginning with a blink of disbelief from the fanbase over Peter Capaldi’s current baldness.

Elsewhere, Chris Chibnall is knocked out in his flat and wakes up in a strange coastal village, surrounded by shadowy angry figures demanding to know why he didn’t resign. 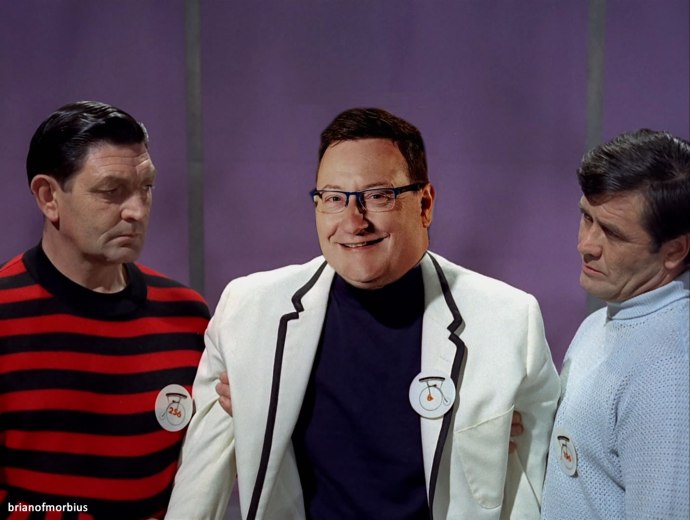 Although there is, as it transpires, good reason to be worried about series 12, as this leaked promotional shot illustrates. 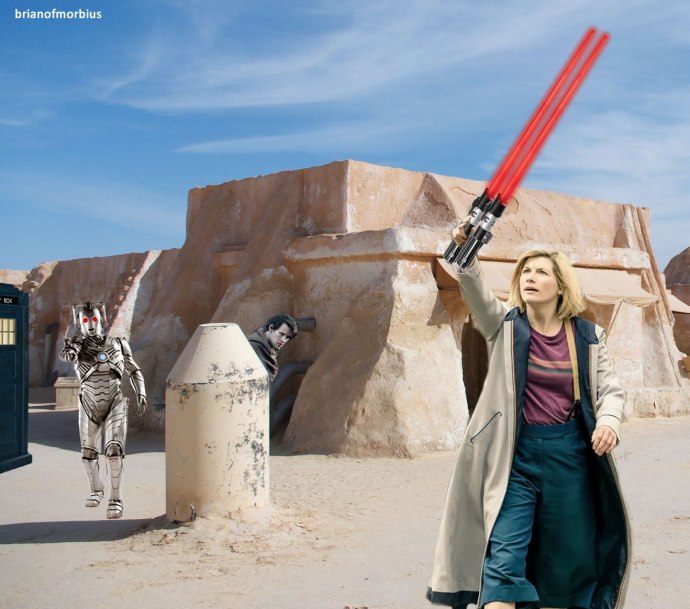 Onto lighter things now. On a break from his travels, the Twelfth Doctor is spotted with Ashildr and Clara at a Home Counties theme park.

And following a dangerous and potentially lethal interstellar musical publicity stunt, the Eleventh Doctor successfully manages to catch Taron Egerton, although sadly the piano was knackered.

And finally, in the unexpectedly leafy outskirts of Central London, there’s an unexpected visitor outside the TARDIS. 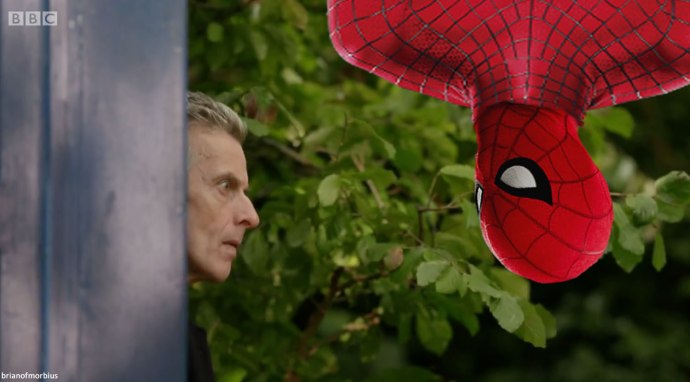