Have I Got Whos For You (Marvel Edition)

We open with a plummeting coyote. 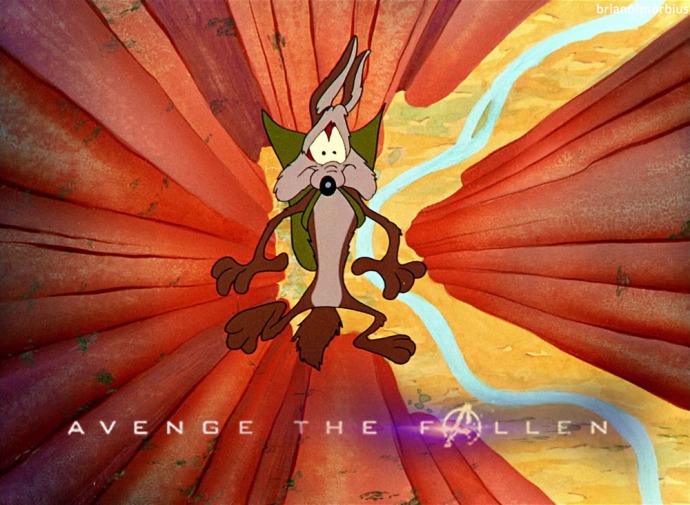 It’s all academic. To give you some idea of how far behind we are, I haven’t even seen The Winter Soldier yet. I know roughly what happens in each movie – that Ultron probably gets shot into space, that Ragnarok was a hotbed of comedy, and that at the end of Infinity War Thanos wipes out half the universe (along with the identities of at least some of the casualties). I’m sure it’ll all be fixed in Endgame, the way death invariably is in the Marvel universe. We did manage to squeeze in Doctor Strange (verdict: swooshy and fun, although I can’t get used to Cumberbatch with that accent), as well as Deadpool and the first Guardians movie, both of whom were absolutely ridiculous, in a good way. I am Groot? I am Groot.

We’ll get to them – my shelf is full of unwatched Blu-Rays – but they’re so bloody long. Emily is an early-to-bed person as a general principle, and once we’ve got the kids in bed (or at least out of the way) it’s usually gone half past eight and that’s too long even for the likes of Civil War, never mind the three hour magnum opus that wraps everything up. And no, I’m not watching them with the kids. No, not even as a special treat. Seriously, they natter all the way through. It’s incredibly irritating. They can ruin it for themselves; just not for me. Call me fussy, but I’d kind of like to enjoy Civil War without having to explain the plot to everyone because none of them were listening during the exposition.

Most of the memes in here are of the Time Lord variety, but I do occasionally dabble with Marvel; sometimes there’s a Doctor Who connection, usually there isn’t. And given that absolutely everyone is talking about Endgame, with its midnight showings, tightly-concealed plot and the promise that it will make you cry for the entire running time (including the ads) then it really is time I stuck them up here, simply so that they’re on the web. Some (the Spider-Man photo) are very old. Others – the Tree Fu Tom one, which came about after a visit to CBeebies Land last week – turned up in my head quite recently. Excelsior!

#1. To begin, Thor runs into trouble (quite literally) out on the Rainbow Bridge.

#2. Credit to Jon Oliver (not to be confused with John Oliver) for the text here. I just gave it life. 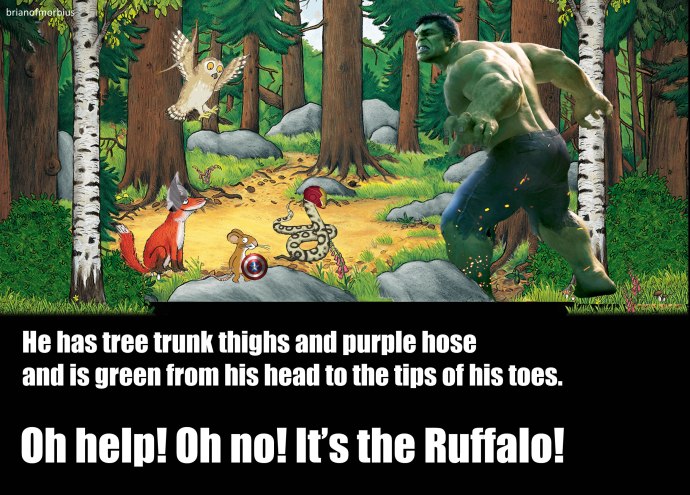 #3. Marvel does…Pinter. This is Spider-Man: The Homecoming. 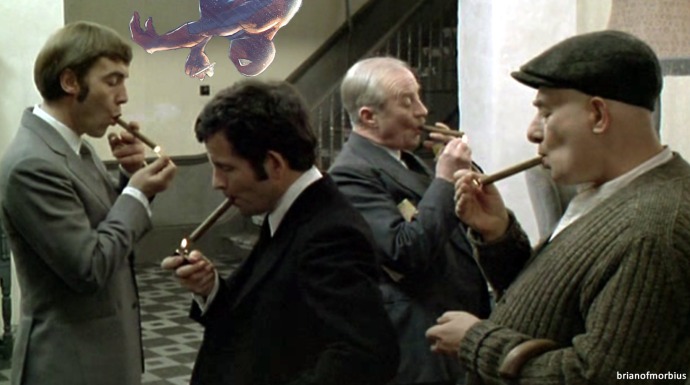 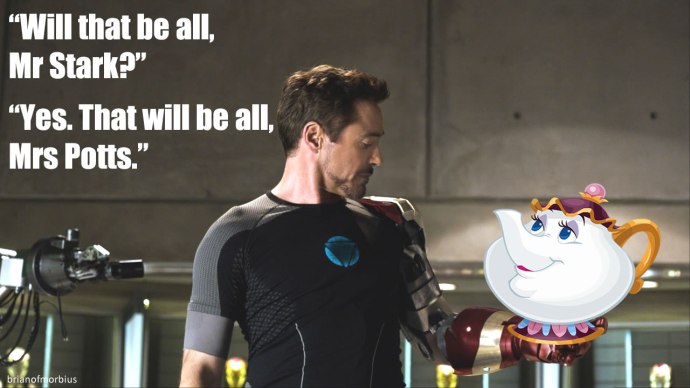 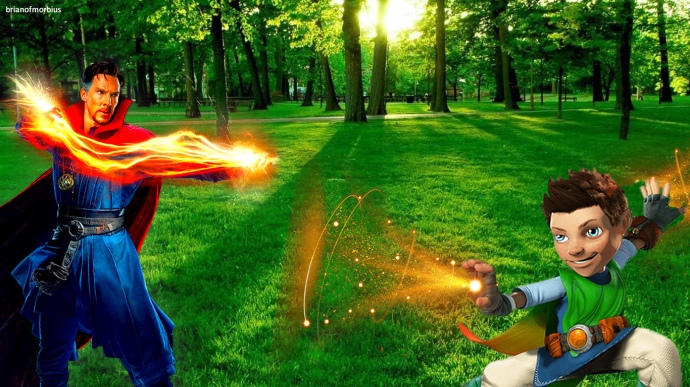 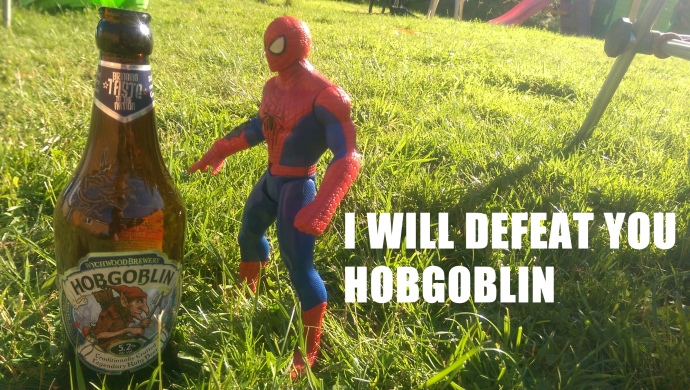 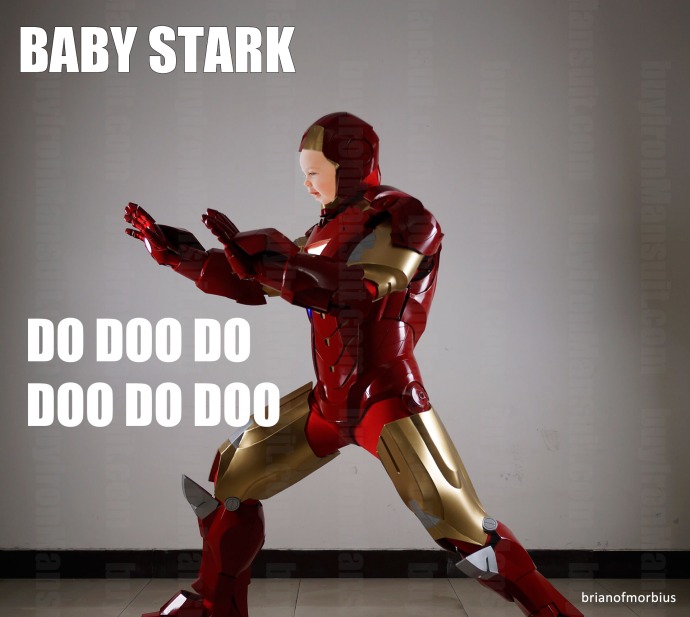 #8. I have actually done this. 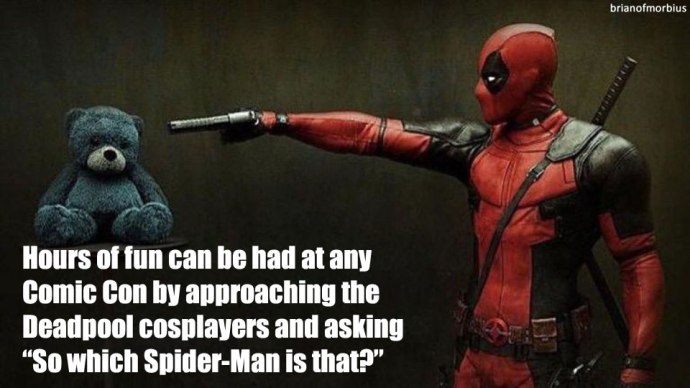 Is Capaldi yelling at Tennant, or is Tennant yelling at Capaldi? You decide.