Have I Got Whos For You (Festive Edition) 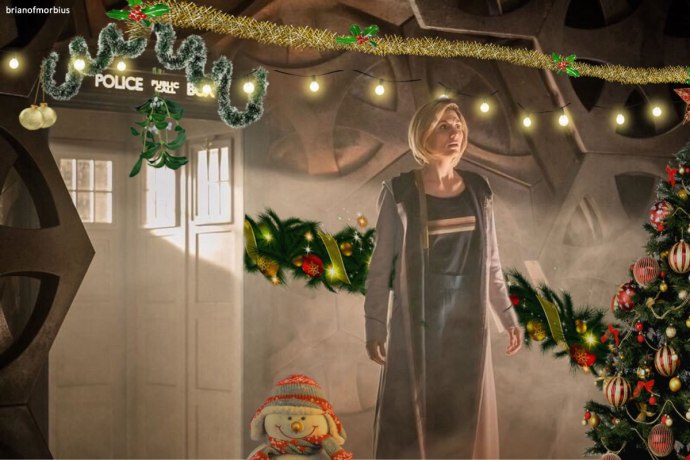 The snowman is about the best part of it. The rest of it looks deliberately pasted on, which I suppose is the point. I can never quite get the hang of lighting in things like this, but I suppose if we’re talking about a fictional alien spacecraft in an entirely made-up TV series, it doesn’t matter if things look a bit plastic.

Anyway, having done up the TARDIS, it’s off for a spot of carol singing. 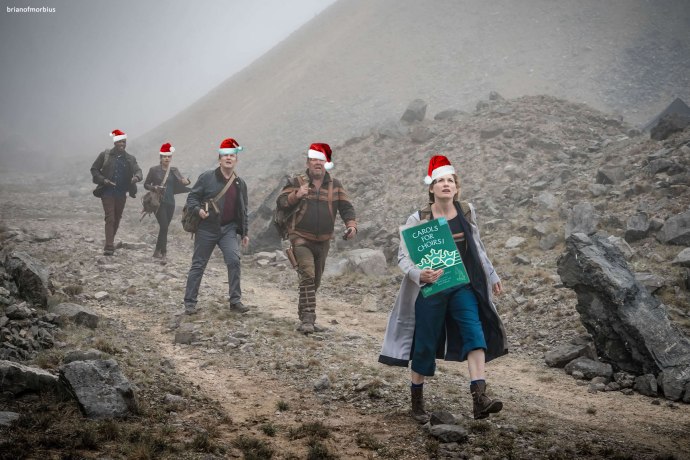 It’s been a funny few days, really; the fans are angry about the absence of a Christmas episode, never mind the fact that the constant repetition of the ‘Resolution’ trailer meant we had more Doctor Who on our screens yesterday than we have for years. It was helpful, at least, that the BBC finally confirmed what most of us had already figured out even before it was leaked. (And for the record, they never denied the existence of Daleks, nor did they say they were gone for good. So no one lied to you and you can stop complaining about it.)

Meanwhile, in the real world, people are arguing over exactly what may or may not have been said about the Prime Minister, presumably in an attempt to avoid discussing the stuff that actually counts.

Those of you still crying out for a Christmas episode could always head over to The Doctor Who Companion, where I’ve written a festive short story featuring the Thirteenth Doctor and her companions. It features time travel, bad Photoshopping and jokes at the expense of the fandom, and there may be a couple of Father Ted references.

Meanwhile, over here at BoM, the Twelfth Doctor is unable to understand the appeal of stag parties.

“Is there something on my head?”

Anyway, people always talked about wanting a musical episode, and I saw a couple of musicals recently and then one thing sort of led to another… 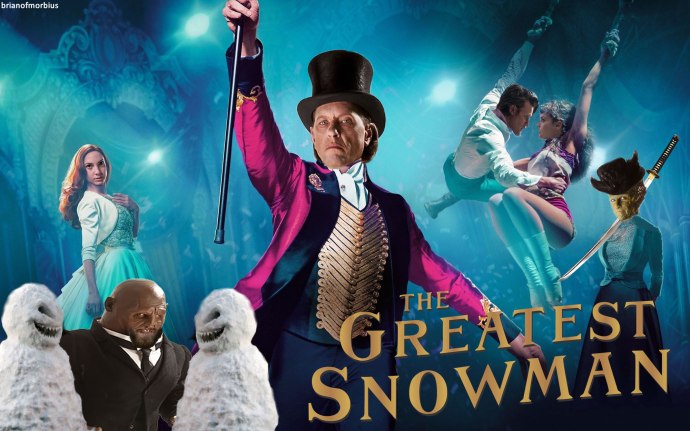 Incidentally, a very Happy Christmas to all of you at home.

Categories: Have I Got Whos For You | Tags: bernard cribbins, doctor who, doctor who series 11, jodie whittaker, peter capaldi, the christmas invasion, the end of time, the ghost monument, the husbands of river song, the snowmen, thirteenth doctor, twelfth doctor, wilfred mott | Leave a comment