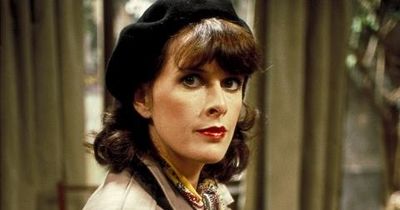 All right. I have my beret fixed and my raincoat buttoned. Lean in a little and pay attention. I implore you, just for a few minutes, to listen carefully – because, like Michelle from ‘Allo ‘Allo, I will say this only once.

Seriously, folks, this is getting silly. There is a sense of outrage: over change, and over casting decisions. At the other end of the spectrum there is a sense of outrage over people’s failure to embrace both. Doctor Who is either dead in the water or (delivered swiftly, all in one breath) thebestthingintheworldandifyoudon’tthinksoyou’reNOTAREALFAN. Meanwhile those of us occupying a sensible middle ground are shouted down by people who really need to learn to stop shouting. None of this deserves outrage. This is a TV programme, for heaven’s sake. Is this really where we are? Of all the things about the world that could upset us, this makes the top of the list?

The other day I stumbled upon a comment written by a sock puppet I have encountered more than once in a group I no longer follow simply because the people in there are bloody awful; I’d popped in to drop off a thing I’d posted. He was talking about something in Digital Spy. “At least this author acknowledges there’s a split,” he said, “unlike Baldock, who just writes fluff pieces for the Metro.” 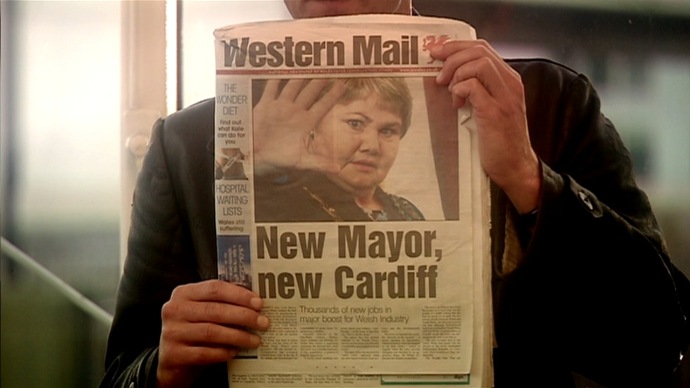 Normally when people miss out half my CV my reaction is to bristle, but I did the polite thing and said hello. He said “Your name is considered a joke in other groups, you sad little man.” It really is the sort of thing that ought to be delivered by a suited, cut-price military bureaucrat in a Marvel movie. To emphasise the point: I do acknowledge there’s a split, of sorts. I just think the rationale behind it is absurd. I’m not saying we all have to agree, but we all have to get along, or learn to ignore each other a bit.

1. There are Doctor Who fans who wholeheartedly embrace the new Doctor and the direction the show has taken. This is fine.

2. There are fans who wholeheartedly embrace the new Doctor and the direction the show has taken, to the point of conviction that Whittaker will be the best Doctor ever and the show is about to enter a new golden age. This is naive but ultimately harmless, so long as such opinions are publicly tempered.

3. There are fans who believe that the act of not instantly falling for the new Doctor is tantamount to an act of betrayal. This is unacceptable. Many of us need time to warm up to these things and not everyone is on the same page as you; this does not make them wrong, nor does it mean you are empirically correct.

4. There are fans who believe that ‘true fans’ back the Doctor irrespective of who is playing him or her. This is poisonous gatekeeping and should be actively discouraged. The words ‘true fan’ should not be uttered at any point by any person, irrespective of their age, gender, rank, or connection with or adulation for the show.

5. There are fans who believe that any opposition to a female Doctor must stem from an inherent bigotry, and that it is impossible to oppose Whittaker’s casting without being on some level sexist. This demonstrates an astounding level of psychoanalysis, and if they’re truly on the ball these people deserve their own talk shows. What’s more likely is that they’re simply toxic; they are best avoided, particularly when they start to gloat.

6. There are fans who are worried about how the show will fare under a female Doctor. Believe it or not, this is fine. We’re in uncharted waters and filling in the blanks is the most human reaction in the world.

7. There are fans who are inclined to be sceptical of what they consider the BBC’s ‘stunt casting’. This is also perfectly valid, so long as such fans maintain an open mind and are willing to at least consider the possibility that Chibnall made this choice because he thought it might be fun, rather than because certain people were leaning on him.

8. There are fans who do not rate Chibnall’s skills as a writer, nor Whittaker’s skills as an actress. This is also acceptable. These things are always going to be subjective. (Personally I think she’s rather lovely, but I am probably not the best judge of these things.)

9. There are fans who refuse to give the new Doctor even the briefest chance, purely out of principle. This is sad, but it’s their loss, and not ours.

10. There are fans who have already abandoned the show and don’t talk about it anymore. This is all right. Leave them be. 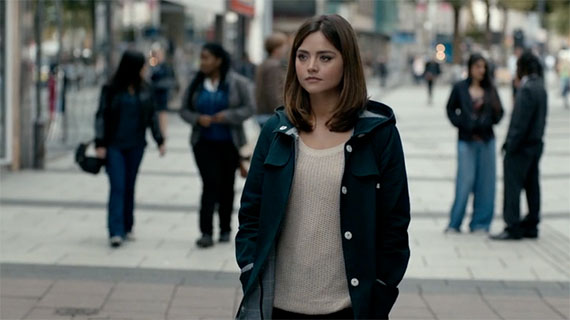 11. There are fans who know that the new series will be dreadful before it has aired. The government would like to talk to them about whatever time travel technology they happen to have down in the basement.

12. There are fans who are angry that a ‘traditionally male’ role has become female, and complain of ruined childhoods. This is a human reaction but it is patently absurd. No one has overwritten the old episodes or told you that you can no longer watch them. You are still welcome to enjoy the likes of ‘Fear Her’, ‘Timelash’ and ‘The Twin Dilemma’, just as you can still enjoy Bill Murray in Ghostbusters, and Frank Sinatra in Ocean’s Eleven.

13. There are fans who approach the whole saga from the perspective of bigotry and intolerance. These are unpleasant, obnoxious people who will post links to lengthy YouTube rants and skewed survey data in an attempt to back up their own ideology. The best thing you can do is hit the block button without even talking to them, but be wary that you do not wind up ensconced in the echo chamber without an exit.

14. There are fans who are simply out to troll you. Do not feed them. Seriously, it’s not worth your while.

15. Lastly, there are fans who think they know fandom, and will consider it their life’s mission to tell other fans what to think, as often as possible. These people are usually quite full of themselves. Sometimes they’re right. Sometimes they’re not. Don’t dismiss them out of hand, but be wary of quoting them verbatim. Stopped clocks twice a day and all that.

I will let that last one sink in for a moment.

There is a nasty air about the internet this week. A single trailer and a couple of interviews and it’s the apocalypse. Everyone knows how it’s coming out, it seems, except me. There are days when I wonder whether it really was the internet who turned us into opinionated idiots, or whether we were like this all along. There are days when I weep because people are so fricking stupid. There are people who watch the panel discussion and genuinely think that Chibnall’s comments about a soft reboot and all-new monsters are a sign that he’s chucking out the continuity. These are the same people who presumably believed that John Barrowman had signed the ink on the deal, not because of any evidence, but because it suited them. Of course it’ll still be Doctor Who. It just won’t have Daleks. You can live without Daleks; they haven’t been interesting since 2005.

Listen: this is an old, old analogy, but opinions are like arseholes. Everyone has one, but there are times when it is not appropriate to air it. In the bath or shower is fine. Or in the presence of a trusted loved one. On other occasions…seriously, why would you put controversial views on display and then complain about the reaction? That’s like poking a wasp’s nest with a stick and then standing there, agape and open-mouthed, when they come out stinging. What’s the point? How many times do we have to read the words “Unpopular opinion I know, but…” before people cotton on to the fact that it is a terrible way to begin a sentence?

Without naming names, there are people in my extended family who need to learn a valuable lesson: just because you can say a thing, it doesn’t automatically follow that you should. It applies equally to fandom: as my father puts it, “Always speak the truth, but remember that the truth need not always be spoken”. Your views are your own, but they are probably less important to everyone else than you think they are, so be wary of what you share. Quality over quantity: consider whether you’re adding anything to the discussion, and consider whether you can say more with silence. And don’t give me that gubbins about free speech or your right to an opinion or how you’re sick of all the pro-Thirteen propaganda from the BBC and SJWs. You can easily avoid this stuff if you try. Get off Twitter. Unsubscribe from the Facebook feeds. But for god’s sake, just be a bloody grown-up about it.

The worst part about all this is that I opened this post with the words “I will say this only once”. But you and I both know that’s not true. Of course I’ll have to say it again, and again, until we’re all sick of it. You never listen.