I’ll be living it up in London when you read this. I do not plan on taking my figures for a photoshoot. No indeed. At least not this time.

In the news this week, David Tennant reacts.

And there is much excitement over this leaked image from ‘Twice Upon A Time’. 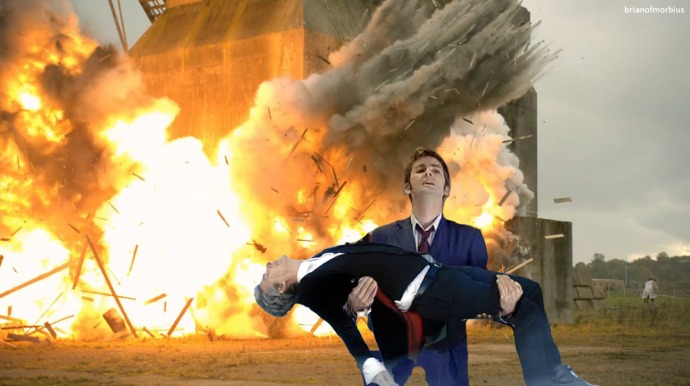 (As an aside: I posted this in a variety of groups. In one of them I was met with Angry and Sad responses and the moderator had to comment with ‘This is not a scene from the Christmas special’ and then lock the thread. I know I should have seen it coming, but the rampant stupidity of the fanbase never ceases to amaze me.)