Notes on the Thirteenth Doctor

1. Within certain social parameters, the role of Doctor Who is to entertain. The ideal candidate for the Doctor may be black, Asian, Inuit, Native American, gay, bisexual, androgynous, non-binary. Or it may be a thirty-something white male. You will have to deal with that.

2. The fans do not have control over the show. There is a good reason for this.

3. Just because we’ve never had a female Doctor before, it doesn’t mean it’s not going to work.

4. Just because we’ve never had a female Doctor before, it doesn’t mean it’s going to work.

5. New incarnations come and go all the time. Change is part of the show. I cannot believe we’re still having this conversation.

7. Jodie Whittaker may be brilliant. Or she may be dreadful. You don’t know. Neither do I. But do not fill the gaps with a worst case scenario and think you’ve developed an unshakable prediction.

8. I thought Matt Smith was going to be a trainwreck. Then he opened his mouth, and all was forgiven. “I beseech you, in the bowels of Christ, think it possible you may be mistaken.”

9. The ‘Yeah, it really worked for Ghostbusters’ argument is founded on false logic and we both know it.

10. The notion that you believe your £150 license fee entitles you to any sort of stake in this is frankly laughable.

11. Stop calling Doctor Who a liberal left-wing show. It isn’t.

12. You do not get to say who is a ‘fan’ of the show, whether that person likes a particular Doctor or hates them. They’re just someone with an opinion. That opinion may be worthless, but the bar of acceptable levels of service to a particular programme is not and cannot be set by you. Sorry.

13. Those of you who say you’ll stop watching: we’ll believe it when we see it.

14. Whether you’re left or right wing, your ‘passion’ for the show and the fact that you love and care about it so deeply does not entitle you to be a dick. That’s the same argument Isaac used on Dom in Holby City to justify his emotional and physical abuse. Didn’t work then either. 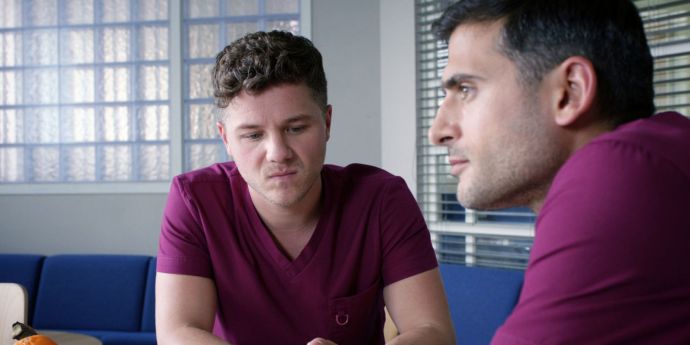 15. To suggest that Whittaker got the part simply because she’s a woman – whether you’re a sceptic decrying such a move or a feminist celebrating it – is nothing short of insulting. It insults the performer, it insults the writer and producer and it insults the BBC.

16. Memo to the BBC: it doesn’t help my argument when you start talking about ‘a commitment to diversity’. Button it.

17. Women: please stop assuming that everyone who begins a sentence with “I’m not sexist, but…” really is sexist.

18. Men: please stop beginning sentences with “I’m not sexist, but…”. It just isn’t worth the hassle.

19. The fact that Ian Levine has gone on a complete rant about this should tell you all you need to know about how you should be reacting yourselves.

P.S. Please stop using the word ‘Whovian’. It is a silly name for silly people.

9 thoughts on “Notes on the Thirteenth Doctor”