The Kasterborous Archives, #1: Should Doctor Who Abandon Continuity?

This was my first article for Kasterborous. You can tell, because it’s a respectable length: I was still trying to adhere to suggested word counts. It’s a little green around the edges, but it works. Have I changed my view on things? Actually, no…

Should Doctor Who abandon continuity?

There’s a documentary on the Day of the Daleks Special Edition that you really ought to see. It’s Toby Hadoke explaining the inconsistencies of UNIT dating. In a nutshell, it’s all going fine – just about – until Mawdryn Undead, which establishes the UNIT stories as taking place before the 1980 that Sarah Jane talks about so frequently. “The real question,” Toby suggests, “is does it matter?” before adding “OF COURSE IT DOES!”

He’s joking. But he’s onto something. Ultimately if you take this stuff too seriously it destroys you. Continuity never used to exist in Doctor Who (Terrance Dicks has said on more than one occasion that “History is what you can remember”). And then it did, and it’s impossible to really maintain it properly – but it still seems to matter, and as a result many fans are obsessive about seeing patterns in things that aren’t there. That’s why there are arguments about whether Clara’s grandmother is actually an elderly Amy (despite being too short, the wrong nationality, and about twenty years too young) or whether the Curator is actually a future Doctor or simply a gap in the fourth wall. Perhaps it’s all about making sense of an increasingly senseless world. Or perhaps we’re just bored these days. The internet has made the information available; why not use it? What else is it for, if not uploading videos of your cat?

There’s the question of age. Two Pertwee stories (The Silurians and Mind of Evil) both establish that the Doctor has lived for “several thousand years” – although that’s generally interpreted, I’m informed, to mean that he has seen things in several different millennia of times on Earth. But the retconning of the Doctor’s age in 2005 has nothing to do with his actual age (are we really going to ignore the six hundred years he spent on Orbis?) and is simply Russell T Davies picking a number out of the air. That’s his prerogative. I’m all for trying to make some sort of sense out of these things, but the people who try and produce accurate timelines of the Doctor’s lifespan – and then state that X couldn’t possibly have happened because it contradicts Y – are like the fundamentalists who try and date the world based on a literal reading of the Biblical timeline. It’s quite fun to watch, as long as you keep your head down during the ensuing fireworks.

The truth is that Doctor Who can be whatever the chief writer wants it to be, because it’s transcended continuity. There are certain fundamental ground rules – no true love, no kissing, no beards – but that’s it. We’ve spent years shoehorning and explaining and reconciling continuity, and I sometimes wonder why. For example, Tegan’s appearance in A Fix With Sontarans is “non-canon”, because the story is “non-canon” – and the subsequent fan fiction attempts to reconcile Tegan with the Sixth Doctor, while undoubtedly well-meant, were frankly silly.

That’s all fine when we’re talking about fan fiction. It’s when it bleeds into the show that we all start to suffer. Attack of the Cybermen is a good story, but it suffers from needless references to previous adventures that are there purely to maintain continuity. I could put that down as anomalous, but it doesn’t stop with the eighties. Everything that Moffat’s done in the past couple of years has, it seems, been about maintaining continuity under the guise of revising it. He’s shoehorned in as many Important Changes as he can. We’ve seen the Doctor grow into the character we recognised through stories that are new to us. Origins have been rewritten (twice) at the hands of a companion that Moffat created. We’re even told that the Twelfth Doctor’s face matters; that it’s somehow significant (because casting a previously used actor in the title role is something that’s never been done before, honest). It’s been labelled as genius; personally I call it territory marking.

So I have a proposal. I’d like to suggest that Doctor Who more or less abandons the concept of continuity completely. I’d like to suggest that we don’t need it. I’d like to suggest that we ditch the idea of canonicity. It opens the door to a multitude of possibilities. It works for James Bond – where certain recurring themes, motifs and characters are just about the only thing connecting a group of completely different stories populated by completely different people, rendered in completely different styles. It works in the DC universe, whereupon the one constant throughout the myriad different versions of Batman that we’ve seen over the years is that he doesn’t kill (and even that’s occasionally up for grabs). We accept that Batman never ages because he’s Batman and because it’s a comic, but the Doctor’s ability to regenerate has saddled him with a millstone of continuity that I don’t think serves any particular purpose.

So why not abandon it? Why not have the Doctor fall readily in and out of love, go through periods of murderous rage, or even die? Why not have Dalek stories that contradict each other without having to retcon or justify your creative decisions? Why not have alternative origin stories, where the Doctor meets companions in different places, and says goodbye to them under different circumstances – and have them take place not in ‘parallel universes’, but in this one? Why not have writers who are allowed to place their own stamp on the show with more or less complete creative control, on the understanding that it doesn’t matter, because the next writer will also do their own thing? Why not start each series from scratch, and see where we go? 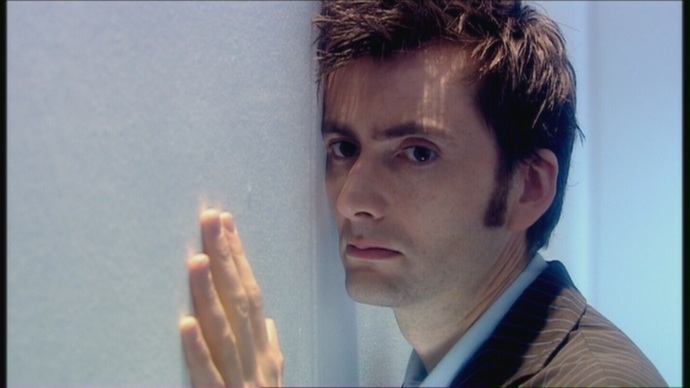 Arguably, you do need what we’ll refer to as ‘local continuity’ (not my phrase, but I’m pinching it). A story probably shouldn’t contradict everything that happened last week. If you’re going to have a Doctor that’s thoroughly unpredictable every episode – that’s unpredictable in an unpredictable kind of sense, rather than an ‘abandon everyone on the moon and leave them to solve their own problems’ kind of sense – you stand to lose half your audience. If your companion is has a split personality people are going to become alienated unless you make it clear where you’re going. There’s a stark difference between development and plain inconsistency. Even the multi-faceted Claras that populated series seven weren’t so different from each other.

Still, even local continuity needn’t be a barrier. A competent writer might easily create an entire series full of stories that expressly contradict one another, as part of a wider mystery. By ‘wider mystery’ I don’t mean that the Doctor erroneously left his jacket on because of a production cock-up and the writers decided to turn it into a moment of great importance. I mean stories in which everything is purposely different, only for this to mean something – something that’s important, without actually overshadowing the narrative and merit of each individual story.

In the absence of that, I’d like to propose that even if the writers haven’t and are unlikely to abandon the concept of continuity, we need to stop being quite so precious about it. The word ‘we’ in this instance does not mean all of us. There are plenty of people I’ve spoken to who don’t give a damn about the contradictions. But lots of people do, both inside the business and out of it, and I wonder if perhaps the Whoniverse is suffering from people desperate to tie up every loose end, however much the picture is obscured as a result. And when that happens – when writers and fans alike are more concerned with what’s come before than what’s in front – we have a show and a fanbase that are knowledgeable and watertight, but ultimately full of nothing but hot air.

I don’t think that’s my kind of show. Is it yours?