Those of you who visit this page regularly will be familiar with the banner menu at the top, which leads to the external content I stick on the internet – YouTube material, paid journalism and the random things (most of which also appear here) that I post on Tumblr. Well, you’ve got to have something for the kids, right?

If you look today you’ll notice that one of the links is missing – specifically this one.

The story of the decline of Kasterborous.com is a sad one, and I think enough water has passed under the bridge for me to be able to tell you some of what happened. It breaks down like this: for a number of years Kasterborous was a lively, entertaining Doctor Who website with a reasonably prolific output. It had a relatively small but very dedicated user base, a decent variety of content and a successful spin-off, The Podkast with a K, which is still going. The team of writers – led by Christian Cawley, the site’s editor – was focussed and dedicated but never took themselves too seriously. We were never going to be Den of Geek, but that was fine.

I started writing for Kasterborous in its twilight years, and it wasn’t long after I joined that Christian jumped ship. (There were a number of reasons for this, which I won’t go into, although it was down to external factors and I’m reasonably confident it had absolutely nothing to do with me.) Administration passed to Phil Bates, and the business of writing carried on as usual, but trouble was brewing below deck: we’d become increasingly concerned about the way in which content was displayed, with articles frequently saturated with adware links in the body text (I’m told this is called Text Enhance). None of us were stupid. We understood the need for advertising revenue to keep a site running. But it was borderline illegible in places – and it made for an uncomfortable, treacherous reading experience, finger hovering precariously over the mouse wheel, terrified of veering just a little too far to the left in case you accidentally pressed the button and navigated to a travel site. Even the picture ads that topped and tailed (and generally surrounded) articles seemed to be advertising porn or clickbait, or a combination of the two.

Eventually, Phil and the others decided they’d had enough. The only response from the site’s owner – whom they’d contacted repeatedly – was a perennial wall of silence. It was like talking to Chief Bromden in One Flew Over The Cuckoo’s Nest. Even their announcement that everyone was leaving was met with unresponsive indifference. We upped sticks and set up a new website, The Doctor Who Companion (more on that in a moment) and left Kasterborous as an online Mary Celeste.

I was going to say “…and we never looked back”, but that simply wouldn’t be true, because I’d left a lot of content on that site and I was curious as to what was going to happen to it. Under Phil’s advice I copied and pasted everything – this turned out to be a good move, for reasons that will become apparent – but while the site didn’t exactly grow, it didn’t suddenly vanish either. Our guess was that it was going to stay there until the owner (whom you’ll note I’ve neglected to name; this is quite deliberate) remembered about it and decided to let the domain renewal elapse. The last I’d heard, he’d sold it to a media outlet.

Then we woke up one morning and saw this.

As if it weren’t bad enough that the article (which was badly written hack journalism of the lowest order) delved into an area we’d never even have considered exploring when the site was fully functioning, it was in its original form attributed to none other than Christian Cawley. Christian immediately jumped on it and demanded the removal of his name – this eventually happened, although not before a second piece a week later (also supposedly by him) which discussed a multi-Doctor poker game. It was clear where this was going, and Christian was plunged into a writer’s second-worst nightmare, with various theories abounding as to why the owners would want to sully him in this way – spite? Revenge? Or was this some sinister media conglomerate trumping over decent writers, simply because they could?

The truth, as is customary for these things, turned out to be far less sinister. Whether it was the threats of legal action or someone just actually taking a look at what they’d posted, both articles were suddenly attributed to the mysterious ‘Max’. Unfortunately, so was just about everything Christian had ever written. It was clear what had happened: the new writers had taken over the admin account, which presumably had Christian’s name on it, and weren’t clever enough to do a decent retrospective backdate. In short, Kasterborous was now being run by people with no clue as to what they were doing, or no real desire to do it properly. You pick.

It gets worse. Fast forward: some time later, this happens. 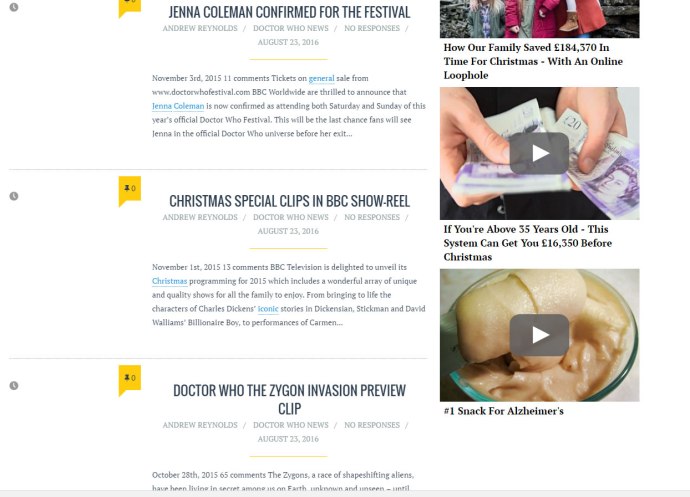 If you can’t spot what’s going on here, it’s there in that bottom article: this is an old piece (from October 2015) republished as is. There were ten of them, all appearing simultaneously, all referring to long-aired episodes and long-finished conventions. It was like the end of Close Encounters of the Third Kind where all the missing pilots suddenly turn up in the mountain as if nothing has happened. The general reaction was one of bemusement or casual anger, but we’d come to expect it. Was this some kind of ploy to keep the site in the search rankings and the revenue coming in when you had nothing to publish – this year’s contractual obligation Dalek story? We’d never know, because no one there was actually willing to talk about it; they just randomly deleted the negative comments.

Last week, the Podkast people visited the site, and this is what their browser said. 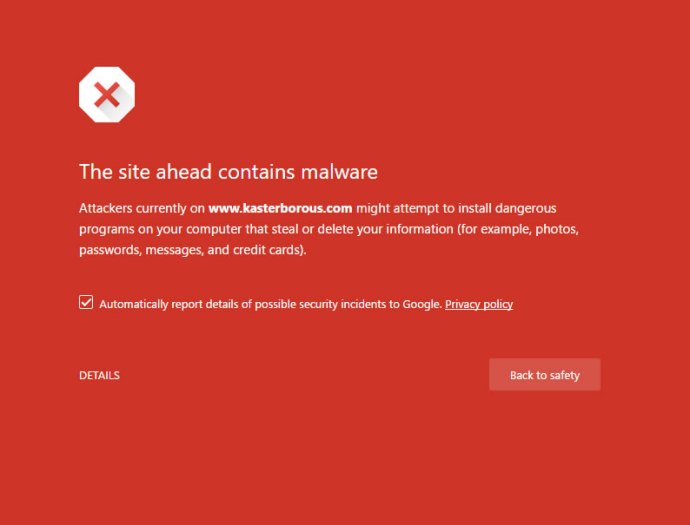 Curiously the warning appears to have gone now – it pops up again intermittently, although I don’t intend to visit the site again to find out. Certainly it’s still active, although many of the pages appear to be defunct and many links are no-longer functioning. Even if you’re able to navigate through all the sludge the chances are you won’t be able to see what you’d like to see, and there’s a decent chance you’re going to be infected with malware.

So today’s little missive has two purposes. The first is to give another plug to The Doctor Who Companion. You may have visited it not long after its inception but suffice it to say the site has blossomed these last few months: we have themed weeks, regular reviews, and I write for them whenever I can. The formatting does take a little bit of getting used to but there is a wealth of goodness to be found in there. If your sense of devotion is particularly strong you could also head over to our Facebook page – all new visitors and page likes welcome. 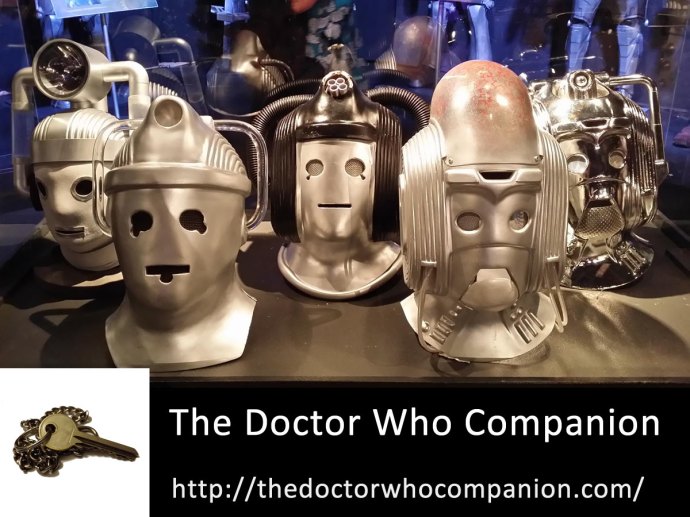 The second is to introduce a new feature here at Brian of Morbius: The Kasterborous archives, in which I’ll be publishing a selection of the stuff I wrote for them – by no means all of it, because some was effectively reblogged from here in the first place, and some has been republished over at the DWC. But it’ll be a way of getting the rest of it back online in a safe, legible format, away from link-saturated web pages bordered by ads for things that will absolutely astound you. (And for the record, I’ve been using the web for over twenty years and I don’t think I’ve ever come across anything that’s genuinely astounded me. Surprised, amused and occasionally amazed, but astounded? Still waiting.)

I had intended to start today, but we’re out of time. You’ll have to wait until tomorrow. As compensation, here’s a sad-looking Cyber Kettle.

You literally won’t believe what happens next.

2 thoughts on “Introducing The Kasterborous Archives”