Time flies by when I’m the driver of a train 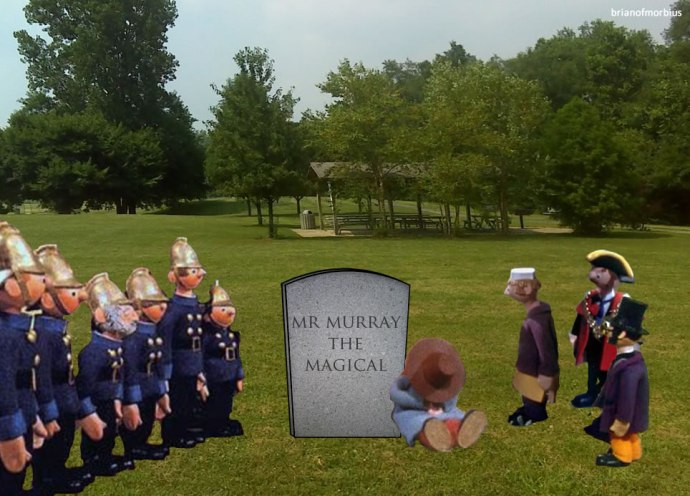 The first time I really became aware of television was the early 1980s. There were four channels filled with light entertainment, grainy video-shot soaps and the slightly creepy atonal horn motif that denoted the Open University programmes. The thought of an entire station dedicated to children’s broadcasts – let alone four or five – was a distant novelty. We had to put up with the odd half an hour of cartoons in the mornings (mostly The Pink Panther) and half an hour after lunch, and that’s your lot.

I’m a sucker for details when it comes to things like this. There are various programmes I remember, many of which subsequently passed into obscurity and which my friends and colleagues would categorically deny existed until – oh, sweet rapture! – the arrival of YouTube, and decent quality, ready-to-stream video that proved (once and for all) that I was right all along. Oh, it’s easy when it’s something like Chock-a-Block – the antics of Fred and Carol and their electric cars were familiar talking points around many a primary school water fountain – but when I talked about Wattoo Wattoo Super Bird I got met with a sea of blank looks. And then it was on YouTube and the rest was history. I dearly wish I could find a version of that in English, but at least I can now prove I wasn’t making this shit up.

A programme whose existence you never had to contest was Camberwick Green, which – to those of us growing up in the 1970s and 1980s – was as regular in the fixtures as Bagpuss or You and Me. “Here is a box,” announced narrator Brian Cant (omnipresent in more than one sense of the word; was there a BBC children’s programme in 1981 that didn’t involve him in some aspect or other?). “A musical box. Wound up and ready to play.” And thus the box would open – its triangular spikes retracting like some sort of art deco prison – and the character for the day’s episode would rotate upwards through the opening, peering through the deconstructed fourth wall and seemingly not caring that there was a huge head in the sky looming over the set, watching Trumptonshire’s every move like a hawk, or at least a very interested chaffinch.

Camberwick Green was one of those idyllic rural places where nothing much happened, and the nothing much happened very slowly. It was a village (supposedly in Sussex, but who knows?) where millers wore smocks, women gossiped and everyone knew everyone else. The postman danced with his postmistress before delivering the mail. The aforementioned miller rode a tricycle and played chicken with the windmill sails. The local doctor led a protest to stop a destructive piece of urban development that turned out to be a simple misunderstanding. Oh, it was all going on in Camberwick Green. On the outskirts of the village sat Pippin Fort, where six raw but well-intentioned recruits would parade and solve local problems, and then presumably get hopelessly drunk in the village pub (never seen or mentioned, which retrospectively seems a little odd).

Camberwick Green was launched in 1966, some fifty years ago last January, and adventures in Trumpton and Chigley followed a couple of years later. Trumpton was a fully working town in its own right, complete with a carpenter’s workshop, Miss Lovelace’s hat emporium and the much beloved Trumpton Fire Station, whose crew (due to technical limitations) never had to actually put out a fire, leaving plenty of time to rescue lost hats, erect bill posters (or, to be specific, fail to do so) and practice for the daily band concerts, where they would always play the same tune. “There were no fires in the afternoons,” Trumptonshire Web puts it, “but then there were no fires in the mornings either.” Meanwhile, Chigley was a tranquil but industrious hamlet nearby that revolved around a local biscuit factory, owned by the affable Lord Belborough – a dignitary rather too in touch with his inner child, given that he would leave the solitude of Belborough Hall on the slightest whim to travel up and down the local branch line on Bessie the steam engine, ably assisted by his trusty manservant, Brackett.

For people who skipped the 1990s it’s hard to explain just how much these characters permeated popular culture. There was the episode of Whose Line is it Anyway? in which Tony Slattery and Josie Lawrence redubbed a scene from Camberwick Green between Mickey Murphy and local gossip Mrs Honeyman. Years before Life on Mars?, there was the Spitting Image thing. Most of all there was the music, whether it came in the form of Half Man Half Biscuit’s riotous (almost literally) take on ‘Time Flies By’, or the bizarre, done-on-a-shoestring / could-this-be-any-more-1992 acid anthem that was ‘A Trip To Trumpton’.

You see what I mean.

There was an innocence to the whole thing, even in the notorious scene in which Windy Miller gets drunk on his homemade cider (or ‘sleepy’, as Cant puts it). It’s the sort of innocence that came to later define programmes like Balamory – a show about adults who behave a little like children, and solve their problems in much the same way. There was something sweet about a fire crew whose greatest challenge was a stranded cat (did they attend the same training academy as the crew from Pleasantville, by any chance?) and the tortoise and hare encounter that is Windy’s race with Jonathan Bell the farmer. But as with many children’s programmes, the greater the innocence, the more marked the contrast when you undermine that innocence – there are, for instance, assorted urban legends about Gordon Murray’s decision to burn all the puppets in his back garden after completing filming (although he may have kept one or two). It’s the sort of vibe that Radiohead presumably tapped into when they commissioned their video for ‘Burn the Witch’, a stop-motion affair that mashes up Camberwick Green with The Wicker Man – a film whose director, by curious coincidence, also died this week. It’s the sort of thing that really shouldn’t work, but it does.

You can’t call the deaths of Robin Hardy or Gordon Murray in any way tragic, given that Hardy batted for 86 and Murray was just five shy of a century. But it’s difficult not to feel a sense of nostalgia at the passing of Murray (we’ll deal with The Wicker Man another time, but suffice to say that nostalgia wasn’t exactly on the radar yesterday). The success of Trumptonshire owes much to Cant – and also to scriptwriter Alison Prince, whose narratives were always engaging without being complicated, and necessarily formulaic without being repetitive – but ultimately it was Murray’s creation, and we thank him for it: this fabulous county of hedgehogs and fishmongers, of biscuits and six o’clock dances, of parks and bandstands, and of nattily dressed doctors travelling round the countryside in vintage cars. 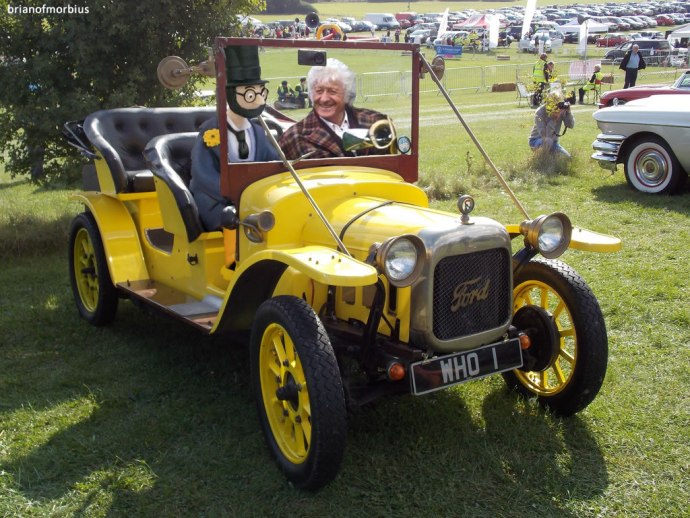