Thoughts on the EU referendum

We interrupt our normal scheduled broadcasts to deal with the elephant in the room. Here’s my take on things.

1. What follows isn’t a perfect extended metaphor – as Gareth pointed out, “It says ‘why is this stupid thing a referendum in the first place?’, but most people who think that are Remain, since not having a referendum allows remaining.”

2. I’m not a political commentator and don’t pretend to be. I’m just tired of the whole thing. I know where my loyalty lies – purely from my own perceptions of what constitutes common sense – but I’d really rather not have to do this, particularly when it’s ripped the country more or less in half. I don’t advocate Brexit but nor do I fear change: I accept that at some point (not now) leaving the EU may turn out to be the best option. But I’d rather it was decided by people who actually know what they’re talking about, which is not (from what I’ve seen) most of the country.

3. Yes, I will be voting on Thursday. You’ve kind of forced my hand really, haven’t you?

The Jones family needed a new car. Their old one, they decided, was getting past its sell-by date. It was still roadworthy, but it needed quite a bit of attention these days, and it was only a matter of time before it would need replacing.

Mum and Dad had talked for a while about what sort of car they should get. They’d asked friends for their views and Dad had looked in some magazines and had a brief search on the internet, but they hadn’t yet found the time to go to a dealership to have a proper look. All the while, the kids were whining. “When can we get the new car, Dad?” “What sort of car is it going to be?” “C’mon, Dad. All our friends laugh at us. Can’t we get a new car tomorrow?”

That was when Dad had his bright idea. 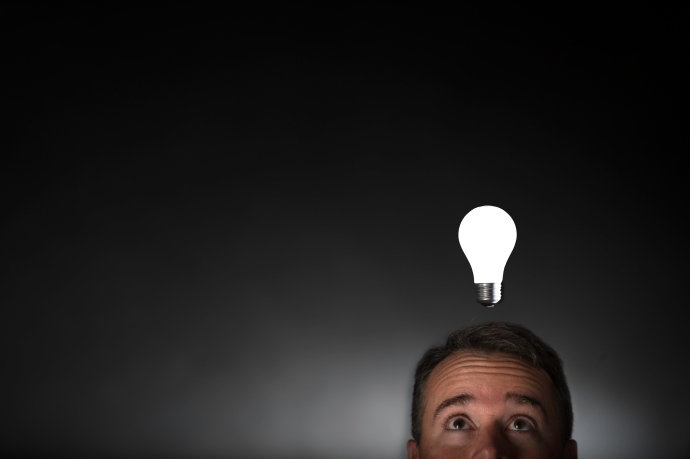 “We’ll let the kids choose the car!” he said.

Mum wasn’t sure. “I’m not convinced by that,” she told him. “I love our kids to bits, but they’re not exactly experts. Why don’t we get an idea for the sort of car they want and then see if it fits in with what works best for the family?”
But Dad was shaking his head vigorously. “No, no,” he said. “It’s a great idea. They choose the car, the pressure’s off us. And it’s what they want. They’ll be thrilled that we’ve given them what they want! Everyone wins!”
“What if they have their hearts set on something we really don’t want?”
“We’ll overrule them.”
“That won’t make them happy.”
“I won’t tell them, then. Not until the decision is made.”
“Don’t you think they’ll be cross when they find that out?”
“Oh, only for a while.”

Mum still wasn’t sure. But when Dad had made his mind up there was no stopping him. And so one Saturday afternoon, the family – Mr and Mrs Jones, and their children, Simon and Celia, were off to the local dealer. Mum had said that they might want to consider doing a bit of online research first, but Dad thought that was overkill. “Just ask your friends what they think,” he said. “That’ll help you decide.”

They hadn’t even got to the ring road when the trouble started.

Simon wanted blue. Celia wanted red. Simon thought red was too close to pink, which was a girl’s colour. Celia thought this was a ridiculous argument. So for that matter did Dad, but he didn’t say anything, purely because he wanted to remain impartial. 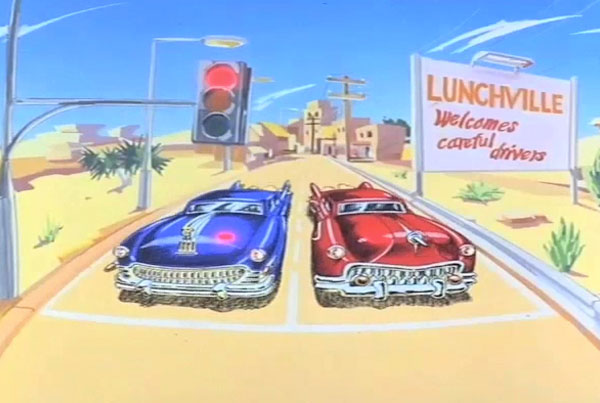 For a moment, the Jones family were wrapped in a congenial bubble of attentive silence. It was broken by Celia.

“That one!” she shouted.

The car was big and dark green and cost about as much as the annual GDP of Luxembourg. Mum hated it.

Simon, meanwhile, had his eye on a flashy sports number on the other side of the lot. It was bright yellow and had mechanical doors.
“This one,” he said to his father.

His father raised an eyebrow. “It’s only got two seats. What happens if we want to go somewhere as a family?”
“We can take it in turns to take the bus.”
“What if there isn’t a bus?”
“We can get two of them, then.”
“I’m not sure you’re really thinking this through,” said his father. “What about something a bit bigger?”

Simon headed over to the family car section, stamping his feet moodily. Meanwhile, Celia was looking at an estate.

“What about this one?”
“Well, it’s a Renault,” said Mum, “and they’re not always the most reliable of beasts.”
“But I like it. I like the name. It sounds foreign and exciting.”
“But you don’t really know anything about them,” said Mum, who was reasonably well-versed in the reliability or otherwise of Renaults.
“It feels right, though,” Celia insisted. “It feels like this is the right car for us.”
“I realise that, darling,” Mum said. “But we have to go on more than a feeling.”
“So you’re saying that my gut instinct is wrong?”
“No, just-”
“Forget it,” said Celia, folding her arms sulkily. “I get it, all right?”
“Celia,” Mum said, “I think you’re getting a bit cross, and I can understand that, but you haven’t considered the fact that I might know more about this than you do.”
“Well, why’d you ask me to choose then?”
“I didn’t,” said Mum, sighing a little.

Simon came over. “I’ve found it,” he announced. “I think we should get that one.” And he pointed at a large four-wheel-drive jeep.
“It runs on diesel,” said Dad, who had been looking at the information card in the window. “Diesel tends to be quite expensive round here. Also it’s got a lot of mileage for a vehicle this age.”
“Yeah, but it’s cheap,” said Simon.
“Cheap doesn’t always mean good,” Dad explained.
“But we’ll have more money to do other things,” said Simon. “You can give us more pocket money if you’ve spent less on the car.”
“Ooh!” said Celia. “That means we can buy more things! There are loads of new magazines out that I’m interested in. I can get a subscription.”
“Yeah, and I can get – ”

Dad shook his head, trying not to make eye contact with Mum, who was staring at him very hard. He told himself that he’d made the right decision, letting the kids choose. Having them fantasise about money was preferable to having them fight, at least.

Unfortunately, that was what happened next.

It didn’t take a genius to work out why Simon and Celia were arguing, which was lucky for Dad. Mum sighed and rubbed her temples, which had started to throb. People were staring. Dad took both his children by the collar. “Listen, you two,” he said, in a venomous hiss. “You’re embarrassing yourselves, and me.”
“And me,” Mum added, slightly put out.
“And your mother,” Dad added hastily. “Now will you please make a decision?”
“I WANT THAT ONE!”

Both children were pointing at different vehicles, both prohibitively expensive and entirely unsuitable for a family car. One was a two-door GTI, brand new. The other was a hearse.

Dad sighed.
“I don’t think you’re really thinking this through,” he said. “I don’t think you’re making the decision for the family; you’re making it for yourselves. You mean well but you don’t really know cars. You don’t really know how much money we have to spend or how much we’re likely to need.”
“We sort of know,” said Simon.
“You don’t really know, though,” said Dad. “You just think you do.”
“But we want to help!” said Celia. “It’s our car as well, isn’t it?”
“Of course it is,” Dad said. “But maybe the best way to have you help would have been for me to find out what you like and then make the decision in conjunction with your mother, rather than letting you make the choice. That’s our job, after all. Sometimes we have to decide these things ourselves.”
“So you’re saying our opinion doesn’t count?” asked Simon, hotly.
“No,” said Mum. “We’re saying that we know things you don’t, and understand things you don’t. That doesn’t mean we always get it right, but we can look at this properly. You two aren’t really trying to find the best car for the family anymore, are you? You’re just arguing about who’s right. That’s really what this is about.”

“Maybe,” said Dad, “I made a mistake in telling you that you could choose.”

Mum raised an eyebrow. It was a look that clearly said Now you’re getting it, doofus.