We’ll start with this. 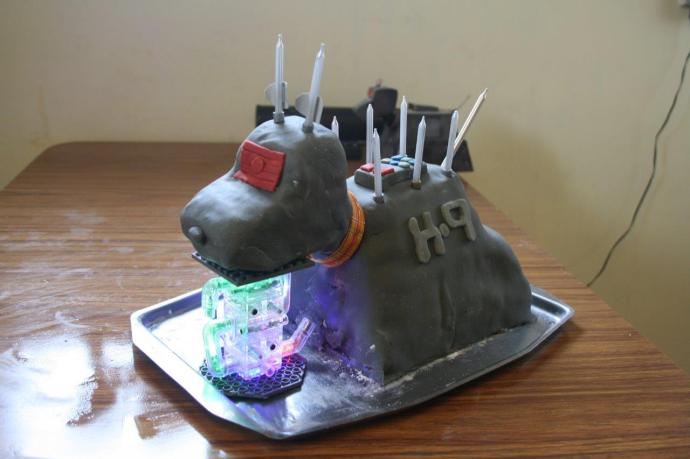 This is a simple sponge cake covered in icing. A notable exception is the head, which is made from Rice Krispie bars – we couldn’t have supported a sponge head with that neck (we couldn’t anyway, but we’ll get to that). Here’s the exoskeleton shot. 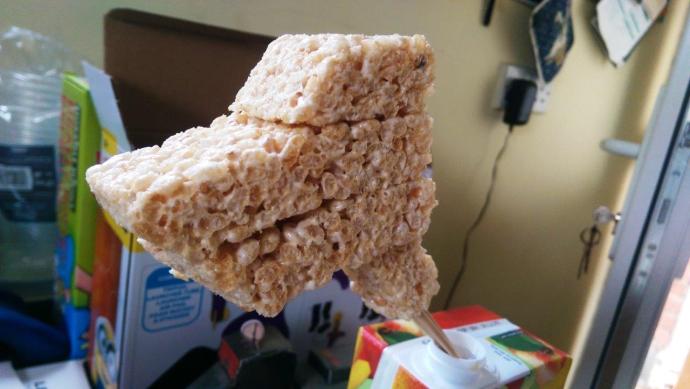 Things went a little awry with this one. Emily had prepared (and iced) the head the night before, much the same as the one you can see in the top photo, simply to give her less to do on the day. Which was fine until we got to the next morning and discovered that the grey icing had turned dark green overnight, leaving the poor old dog looking rather like a disembodied zombie. Emily hastily constructed another layer – “but I’m not happy with it,” she said.

“No one will notice,” I replied. “And if it makes you feel any better, the original K-9 had several different models, and they were all slightly different.”

The other problem we had was the fact that the new, heavier head – consisting as it does of two layers – was now too heavy for the neck to support it, so Emily hastily constructed a glowing sculpture out of Lite Brix. You may accordingly insert your own head canon explanation of exactly what he’s choosing to rest his chin upon.

While all this was happening, Edward was watching Wallace and Gromit, having developed something of a fascination for it in recent weeks. It’s curious, of course, that the co-writer for most of the stories is none other than Bob Baker, something that would eventually become significant during their last animated film, A Matter of Loaf and Death, which opens with the murder of a local man who goes by the name of Baker Bob. 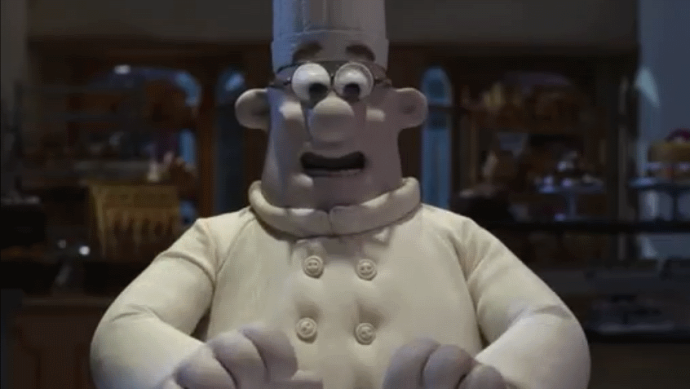 They really should have had him baking a K-9 cake. Or at least a TARDIS. That would have worked.

Anyway, let’s get a look at the buffet. 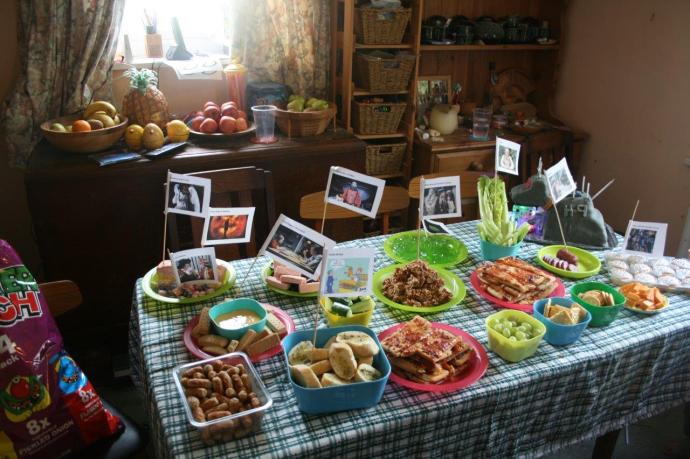 If you want to know what all these are, you’ll find them on the entry for the 2012 edition. We didn’t change very much – even the labels are the same – and the only addition was ‘Party Rings of Akhaten’ – it’s an episode that’s unfairly maligned, and it’s such an obvious joke. (Party rings, by the way, hold the record in our house for being the only snack food to vanish from the table faster than the barbecue Pringles.)

In the meantime, here are some close-ups. You will note that the Angel has its face covered, as a concession to Daniel, who finds them terrifying and who had to leave the room during the Lego Dimensions playthrough. (Needless to say I have yet to stick him in front of ‘Blink’.) 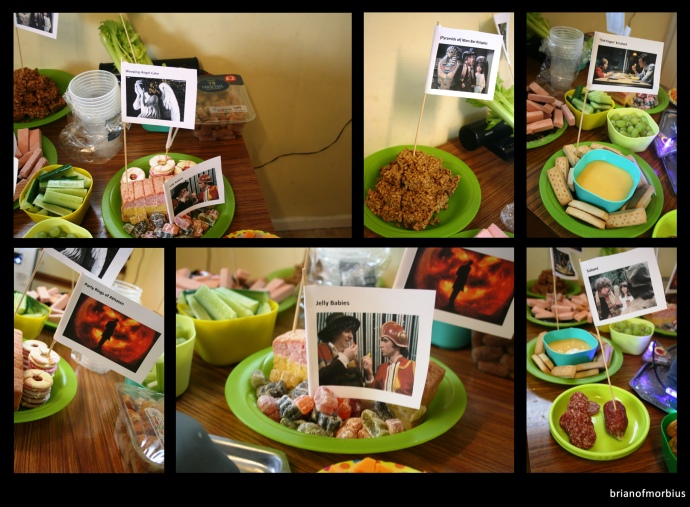 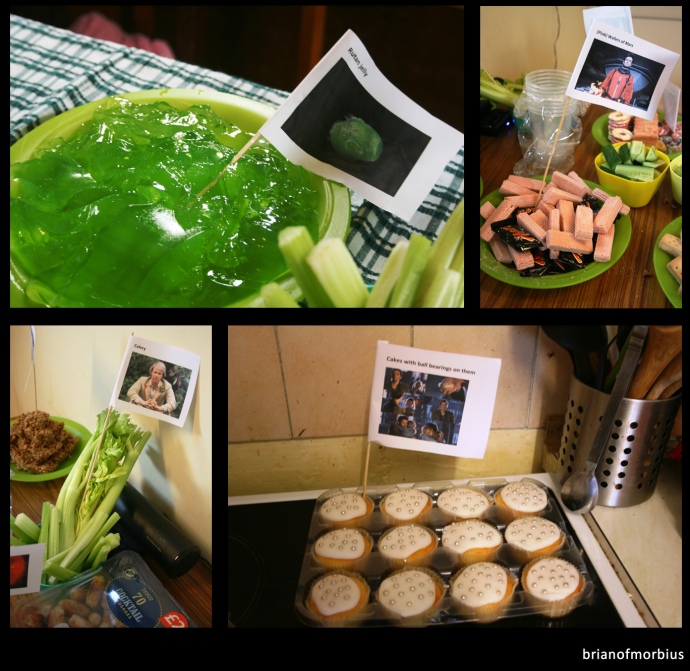 We mentioned party bags in the previous installment – while the kids were eating, Emily went to fill them. We’d got lucky: the books turned up in a charity shop a matter of days before the event. Oh, and the paper bag’s full of jelly babies. Obviously. 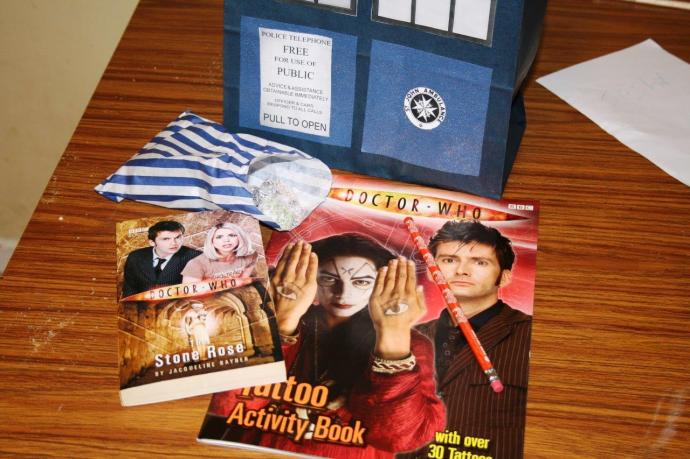 So it all went swimmingly, but I have a feeling that this won’t be the last Doctor Who themed party we’re asked to do. It won’t be for a year or two, but Daniel is likely to be next. I’m already half-planning the games, and Emily has probably had vague thoughts about the cake. Maybe we can persuade him to have a Weeping Angel.