At that time the Emperor Rassilon ordered a census to be taken throughout Gallifrey, and every Time Lord had to register in his own home town, which for most turned out to be the citadel. So each returned to the place of his birth. And lo, there was much confusion over what ‘birth’ actually means and whether Time Lords actually have parents or are extracted from one of Andrew Cartmel’s genetic looms. But there was an elephant in the room, or rather a donkey. 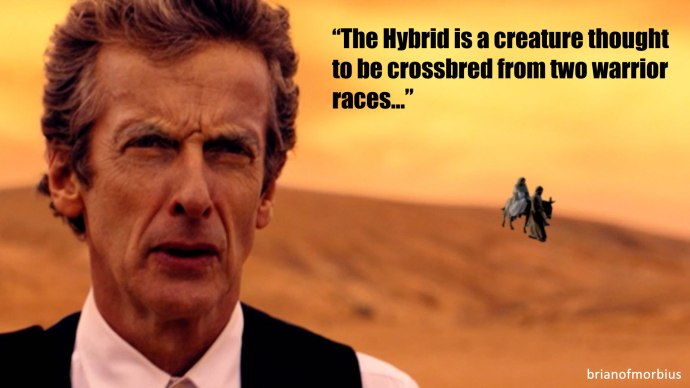 And meanwhile there was another decree from Rassilon that all the newborn babies should be killed, except they weren’t actually killed, but rather plucked from the moment of death by a time scoop and then dumped in the back room of a stolen TARDIS. And Clara’s waitress uniform did cause the wet dreams of a million fans. But the wise men returned to their land the long way round, having been warned in a dream not to go back to Rassilon. And Rassilon was so angry that he hit his head on the windowsill and regenerated, probably into a six-year-old girl.

And so it was that while the Doctor was wandering in the desert, he ran across a 2010 BBC production of the Nativity, and thought “Hmm, this chap looks awfully familiar.”

And it was a coincidence. But it came to pass that this was not so, for impossible it is to appear in Doctor Who twice in different roles, despite it happening to Colin Baker. And thus there was a convoluted explanation about chosen faces, and thus did the Doctor rail at the heavens “I’M THE DOCTOR, AND I SAVE PEOPLE!”. And the heavens did reply, “We heard you the first time.”

And then eventually, this happened. 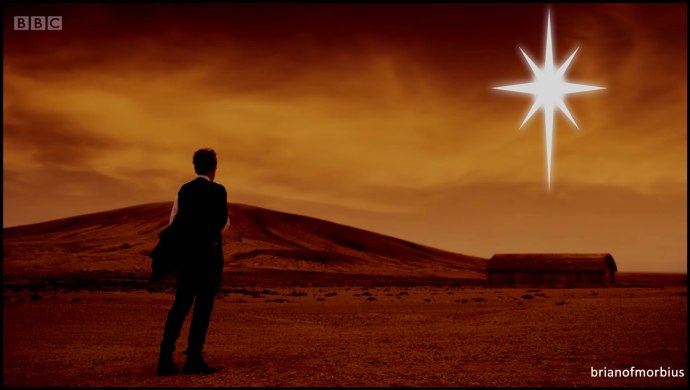 Incidentally, a Happy Christmas to all of you at home.