Three images for today, two from ‘Sleep No More’. One I can’t get quite right, despite best efforts, but never mind.

The second one will only make sense if you’ve seen Bing. To anyone who has, it was kind of obvious. 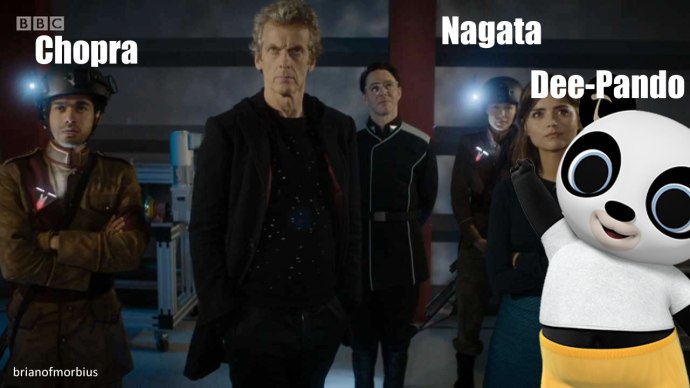 And talking of CBeebies, anyone who was watching last week will probably have seen the episode of Topsy and Tim in which Mossy the dog shuffled off this mortal coil – an episode that I really didn’t expect to have me in tears, but there you go. Blame the hormones. In the days following the episode’s transmission, the CBeebies Facebook page has been awash with memes showing Mossup (the real life dog who played Mossy) Photoshopped into various places, leading to some confusion from stupid people (“Hang on, isn’t she dead?”) and at least one person saying “THIS IS NOT APPROPRIATE!”, when a better choice of words would surely have been “I WAS NOT EXPECTING THIS!” 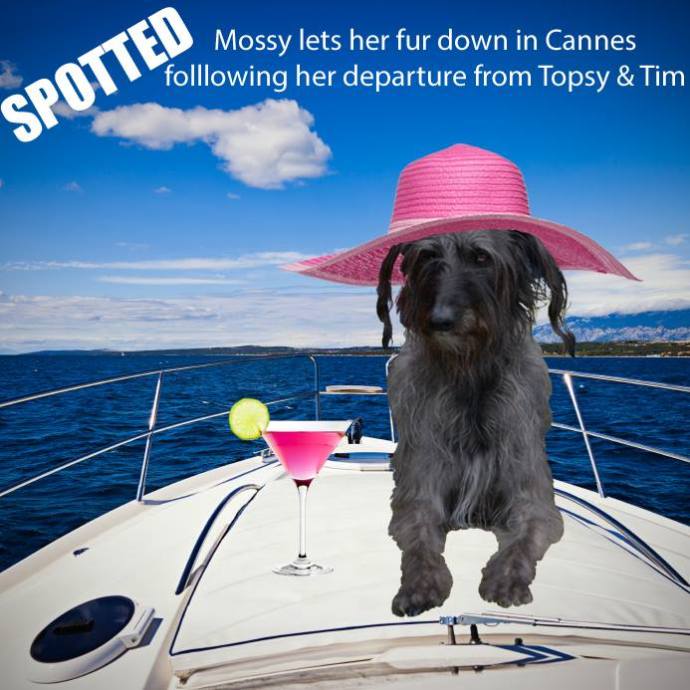 So naturally, I did one as well. Because why not?