Review: ‘Before the Flood’ 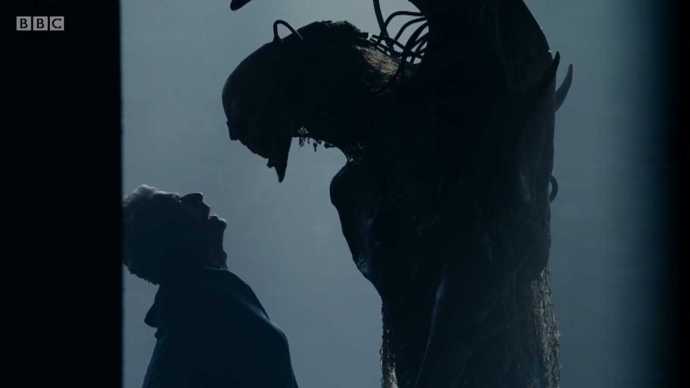 Warning: this is not exactly a review. Not really. I mean, I just gave up this week. But it does have spoilers.

Once upon a time there was a race called the Weeping Angels. Their in-universe title was The Lonely Assassins, which sounds like an American alt rock pub band. They spawned a wealth of t-shirts, desktop wallpaper and supposedly iconic phrases. They worked for one story. The last time anyone saw them for more than a couple of minutes, they were trashing Manhattan, in a jumbled, confusing narrative about predestination, cheating death and avoiding fate, and dying and dying again. It was like watching bad film noir, but was for some reason hailed as a classic. Some people prefer to think of it as a once good idea, badly squandered.

Once upon a time there was a writer called Toby and he wrote stories that were either wildly good or wildly dreadful. And then he surpassed expectations by managing both in the space of one two-part story. And the result was Schrodinger’s Doctor: both alive and dead at the same time, in more than one sense. 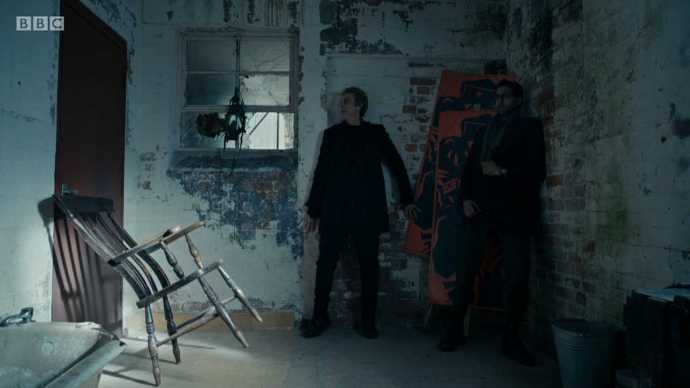 Once upon a time there was another writer – not famous, or even particularly good – who sat on the sofa one evening with a small child who probably had head lice and wondered at what point Doctor Who could have been said to lose its way. And he wondered whether it was the multiple deaths, the moment it became a show about time travel rather than a show that simply featured time travel, or the moment Billie Piper tried to do an American accent.

Once upon a time there was a film called Bill and Ted’s Excellent Adventure, in which two guitar-playing time travellers go back in time in a phone box and meet Beethoven, who does a mean Turkish Rondo, performed on a Yamaha. 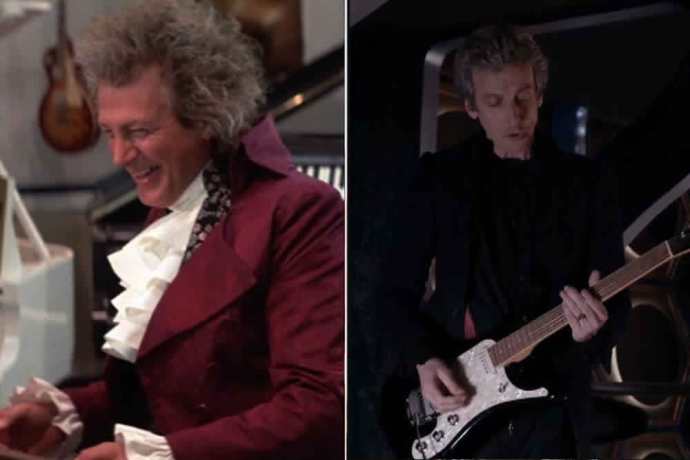 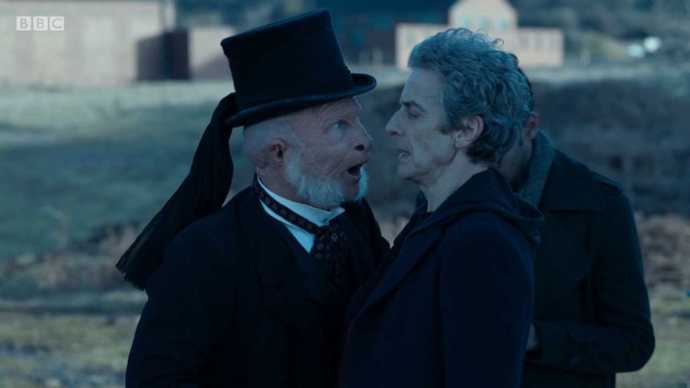 Once upon a time there was a writer called Toby and he invented a comedy alien that sort of worked in one story but then turned up again in another where he was clearly not welcome and didn’t fit, and where he only became watchable once the monster-of-the-week had killed him. And he had a single scene where he wasn’t playing a ghost, and even that was too much. And lo, the Mr Tumnus comparisons were uncanny.

Once upon a time there was a film called Back to the Future where a young time traveller got to see himself wandering around simply by going back in time a few minutes. And there was a Doctor Who episode where this happened, only history was changed, on the first of many occasions, which resulted in monsters coming out of the woodwork to sterilise the wound, only to be never seen again in any other story. Once upon a time there was another episode of Doctor Who where this happened and the two groups of people didn’t meet because one group was having a homoerotic wrestling match behind a dustbin. 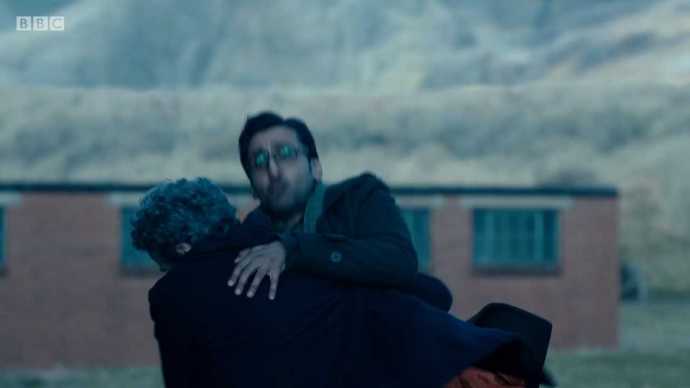 Once upon a time there was a Time Lord who was prepared to let other people die, including himself, but not his companion, because she was a BBC commodity, and that’s the way they do it since 2005.

Once upon a time there was a writer called Toby, and he had a deaf girl wandering down a corridor pursued by the ghost of a black man carrying an axe, which threw up all sorts of questions about emancipation and empowerment. And it was good. And then the deaf girl managed to sense the presence of the ghost by feeling the vibrations, which was fair enough. And then we saw the axe rendered in some kind of low light enhanced vision mode, WHICH WAS LIKE SOMETHING FROM FUCKING DAREDEVIL. 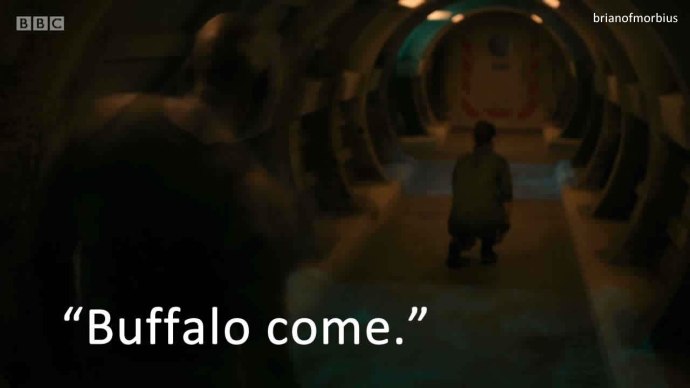 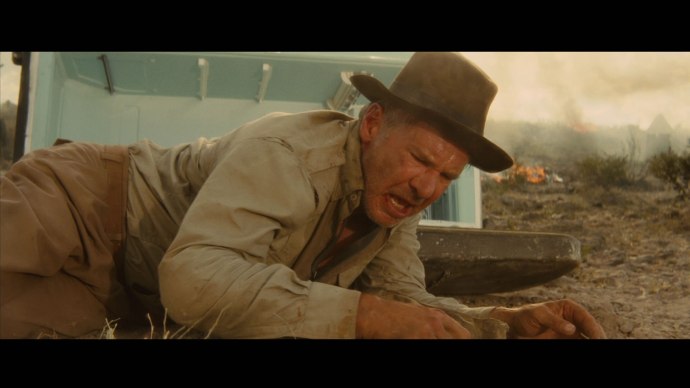 Once upon a time there was a time traveller who cheated death by hiding inside a life-sized robot, and then managed it by psychologically manipulating his not-girlfriend to have a nice word with his employers, who immediately granted him a whole new set of continues. Then he cheated death by not actually dying at all, but just making it look as if he had, in order to frighten children, impress his not-girlfriend and keep the Twitter feeds buzzing. And by this point nobody actually cared anymore.

Once upon a time there was a writer called Toby and he took a fantastic idea and then turned it into a time travel story that it didn’t need to be. Once upon a time there was an episode of Neighbours where a character called Lance thought he was getting a surfboard for his birthday, and it turned out to be an ironing board. And this was a similar experience, with similar levels of colossal disappointment. 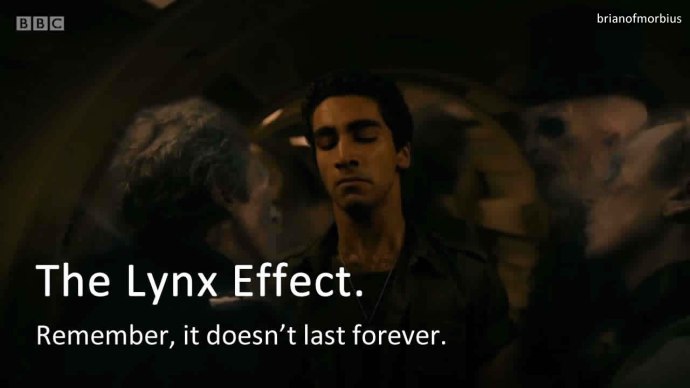 Once upon a time there was a media management team who spent hours building up to a BIG ANNOUNCEMENT about Doctor Who, leading to wild speculation about missing episodes, new companions or new audio material, and it turned out to be a spin-off that nobody asked for and most people didn’t want, and you could feel the collective sigh of apathy when the Coke bottle turned out to have no fizz whatsoever.

Once upon a time that other, not-famous writer sat on his sofa with the aforementioned small child, watching him applaud the end credits of the episode they’d watched, which is cute because he’s a toddler, but wondering what he’d just watched, and whether indeed they’d watched the same thing. And he scratched his head in what he presumed was puzzlement, but then again it could have been the lice. 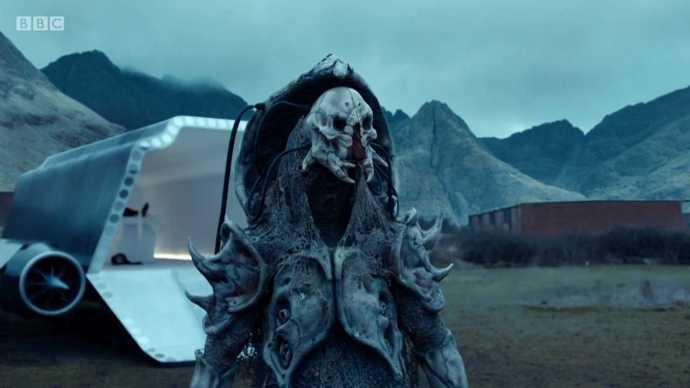 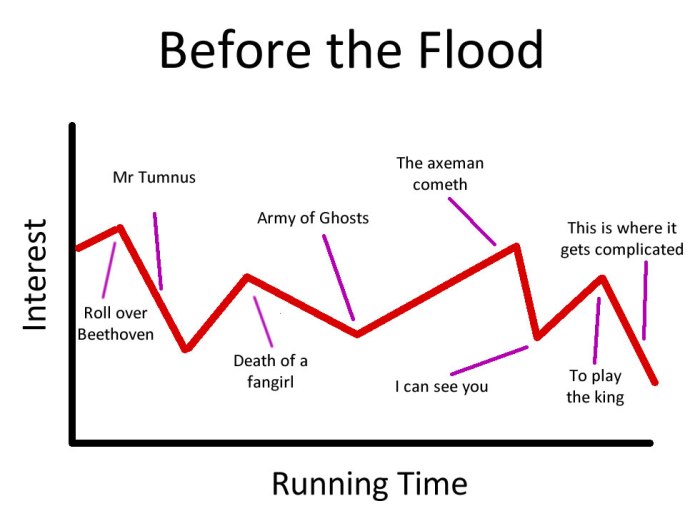 5 thoughts on “Review: ‘Before the Flood’”