Watch out for Daleks, Charlie Brown

You’ve seen it, right? Half of you have probably changed your Facebook profile pictures. It’s not as flexible as it might be – there are fewer outfit options than I’d like – but for a web-based bit of fun it’s really rather good. I am, of course, talking about the Peanutizeme tool that enables you to create character likenesses in the Charles Schultz vein and pop them into assorted backgrounds, just in time for the Peanuts movie that’s due in November.

The second thing you do when you get a thing like this – after doing yourself, of course – is to think of a particular passion and try and render it. There are various Doctor Who versions doing the rounds, and most of them are better than mine: still, here are mine. First, the Ninth Doctor and Jack. 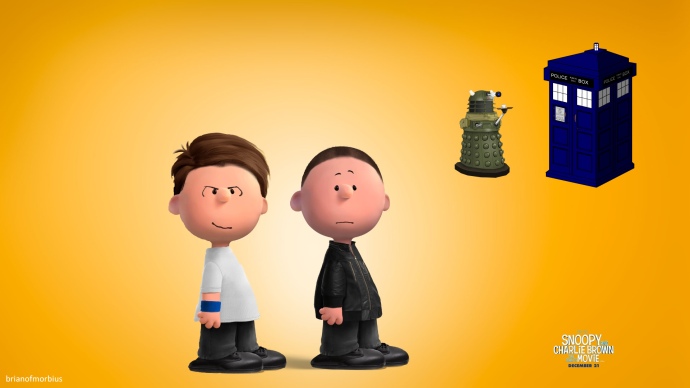 The Doctor isn’t too bad, although he has a little too much hair (the other choice was entirely bald, which simply didn’t work). Jack isn’t quite right (that’s supposed to be a vortex manipulator on his wrist, by the way) but that fiendish smile speaks volumes. Still, this one got a retweet from Paul Cornell, so I’m not complaining.

Next: the Tenth Doctor, with Sarah Jane and a rather grumpy-looking Rose, in ‘School Reunion’. 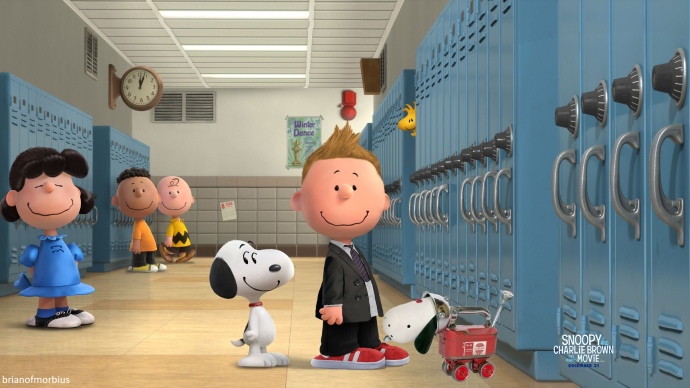 It’s not very fair to Rose, because by this point she’d really outgrown the Jeremy Kyle look, but I remember her being a general pain in this episode, and I have punished her accordingly. The robot Snoopy I found on the internet, and I now want one.

Finally: the Eleventh Doctor, accompanied by Amy and Clara. 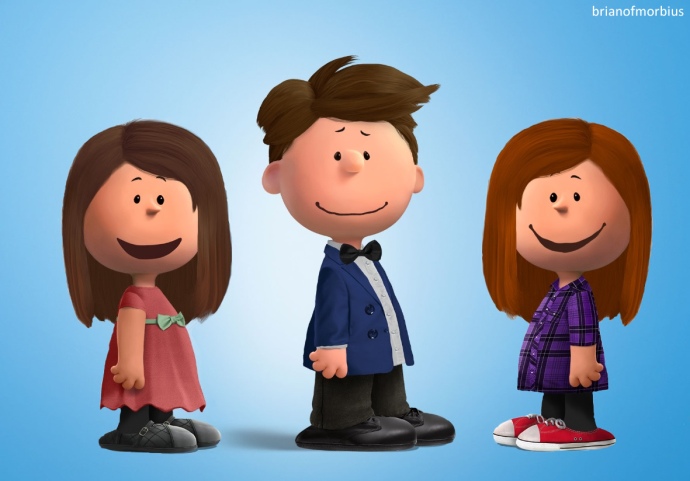 I will leave it to you to work out which one is which. (Sadly there was no mullet option for the hair, and the jacket is the wrong colour, but aside from that it’s a reasonable likeness.)

And as for me? Well, yes, I did one. Actually I did the whole family. What’s that? You want to see it? Really?