Early in the morning

Series nine starts tomorrow, which means that Brian of Morbius is going to consist largely of reviews, commentary and ridiculously speculative posts, at least for the next few weeks. So let’s take a breather before we dive in, shall we?

If you follow politics you can’t have failed to notice the scandal at the Battle of Britain commemorative service this week when Labour leader Jeremy Corbyn, an agnostic republican, got into hot water for apparently refusing to sing a song that asks God to look after the Queen. Presumably this is entirely different hot water to the sort he’d be in if he’d actually sung it and the press had been able to run with “THE HYPOCRISY OF JEREMY CORBYN”. 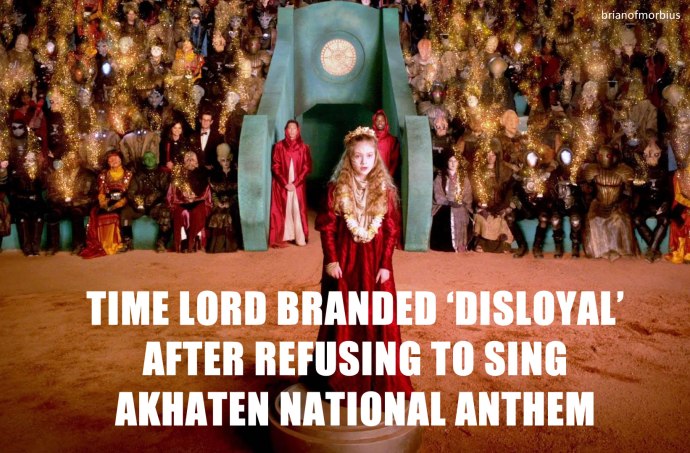 In non-Who related news, I had a brief conversation on Facebook yesterday with a chap who said he constantly misheard one of the lines in the Postman Pat theme, which sounded like “Justice Day is dawning”. This in turn made him think you could reinvent Pat as some sort of muscly action hero, or at least a costumed vigilante, probably played by Bruce Willis, in the Batman vs. Superman vein. 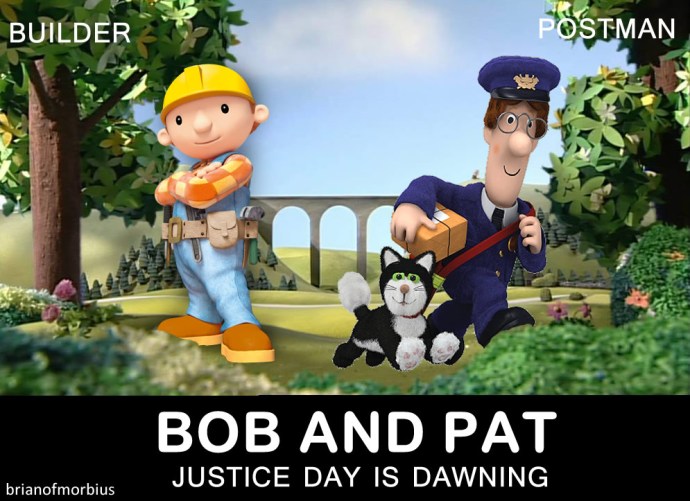 “Great idea!” I said. “Maybe Arthur Selby could stick a huge lantern up in Greendale Crags for whenever they need to summon him. ” 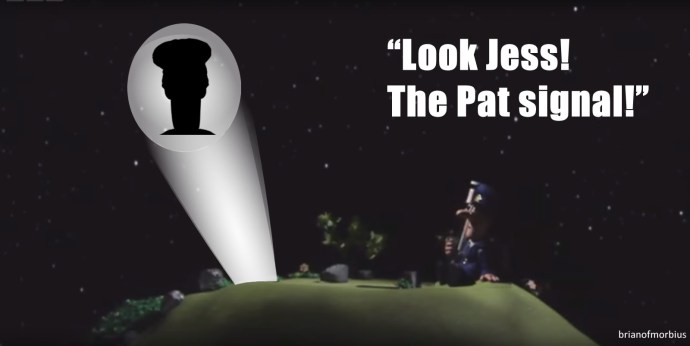 And that in turn led to this, which is only funny if you know your Kevin Costner. 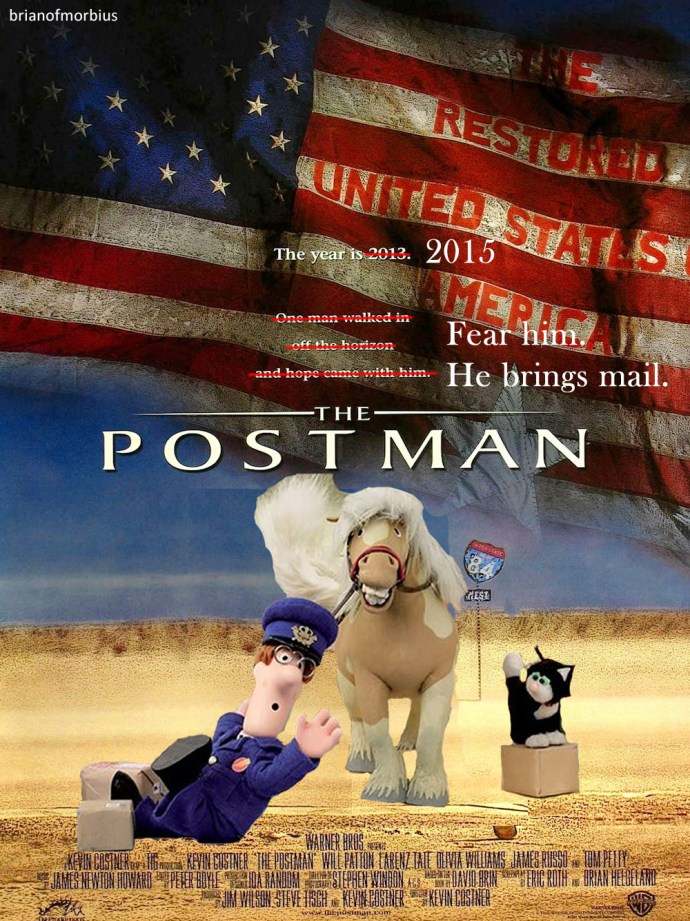 See you on the other side.