The Gospel of John: the Elbow version

It’s been a busy week, all told. Thomas’s party (improbably Lemony Snicket-themed) is next Wednesday and we are still up to our ears in cake plans, brainstorming sessions for games and the sheer rigmarole of chasing people for RSVPs. (Dealing with a few ambiguous or non-existent responses is comparatively easy if you’ve invited thirty or forty children: worst case scenario, you wind up overcatering. When you’ve only invited seven or eight, that’s half the party.)

I am also leading worship on Sunday, and this led to the thing you see above. I wanted to depict the resurrection (the subject of this week’s service) in montage form, rather than just playing a couple of clips.  The first problem was finding suitable source material, and The Gospel of John – from the Visual Bible series – turned out to be a second choice. Son of God, which reuses footage from the 2014 Bible TV series and combines it with new material, has more striking visuals, owing in part to its larger budget. Sadly, there just wasn’t enough – the resurrection and ascension are dealt with in about four minutes flat, so it’s gone on the back burner for another time. (There is also the 1999 Jesus mini-series, but it’s so horribly Americanised I really didn’t want to touch it.)

What strikes me throughout this was the ambiguous mood. I’d anticipated a gradual buildup to the reveal of Christ (that first clear shot, in the Garden of Gethsemane, is quite deliberately placed) and then a jubilant release for the coda, with multiple shots of smiling, overjoyed disciples. In the end, you make do with what you have, and that turned out to be a sea of troubled faces. But that works, largely because I can’t help thinking my own reaction to a resurrected Jesus would be one of similar ambivalence – elation at seeing him again, coupled with shame and despair that I’d let him down a couple of days back.

The song choice was never up for debate. I’ve been wanting an excuse to assemble something to ‘One Day Like This’ ever since discovering Elbow a few years back. While not quite their creative peak (Build A Rocket Boys is a better album) there are few anthems by them – by any band, come to that – which carry such a sense of euphoric triumph. The song’s about waking up next to someone and realising that you love them, but it seems to fit the mood. And as much as I live in fear that it’s set to become our generation’s ‘Hey Jude’ – with a wrinkled, balding Guy Garvey hoisted out onto the stage in thirty years’ time to lead the Olympic crowd in a grand singalong of a tune that’s been played to death – I’m glad I finally got to use it.

My brother-in-law, incidentally, does not share my fears about the fate of ‘One Day Like This’, stating that he “can’t see Guy Garvey allowing that to happen”. And he’s probably right. Elbow can fill an arena in ten minutes, but when it comes to creative choices, I really can’t see them selling out. 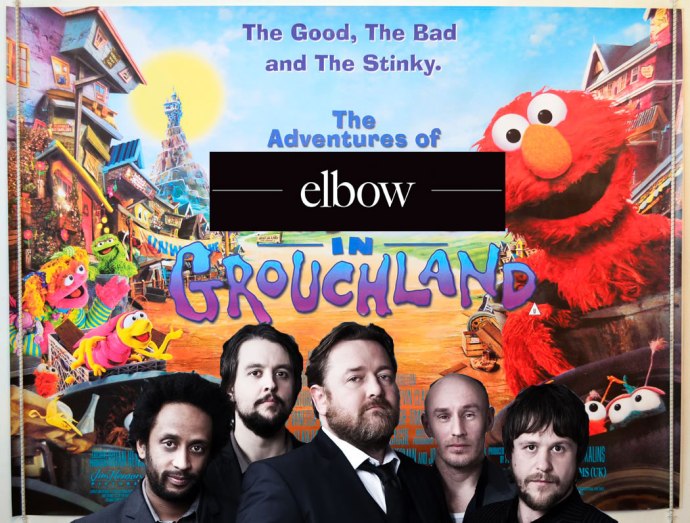