I have no idea which political party the Doctor would plump for. He’d probably spoil his paper, or write ‘THIS IS A FAKE’ on the back. I can be reasonably confident that the UK Independence Party would not get a look in. The Third Doctor was, of course, a big part of the establishment he claimed to despise, namedropping left right and centre (in the political sense). Mind you, he does the same thing with Horatio Nelson, so I don’t suspect that most people paid any attention. (John Lennon presumably had the same problems. It’s difficult to take seriously a man who said “All you need is love” the same year he said “I am the walrus”.)

Anyway. I’d say that the last of these images is only funny if you’ve seen ‘Pyramids of Mars’, but I think you’ll get the general idea even if you haven’t. 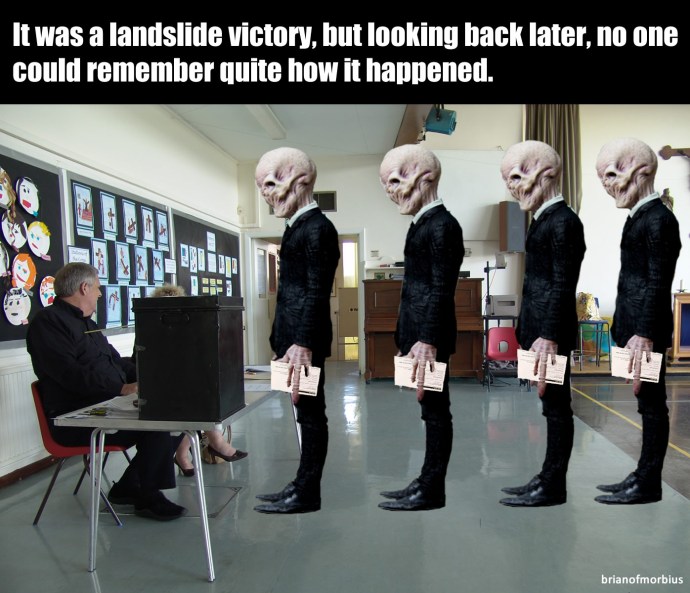 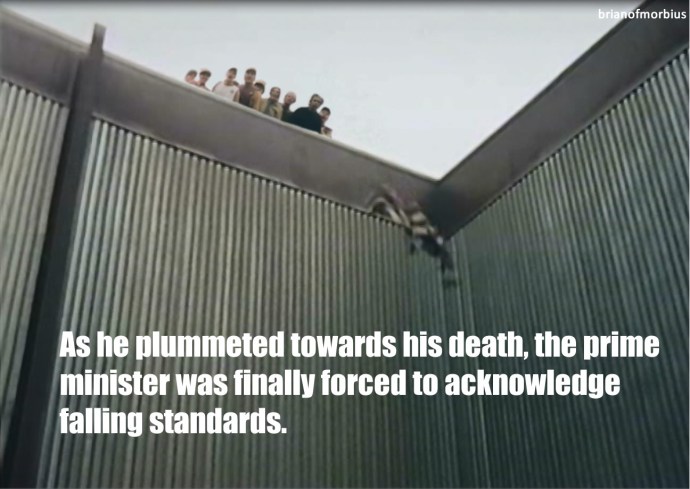 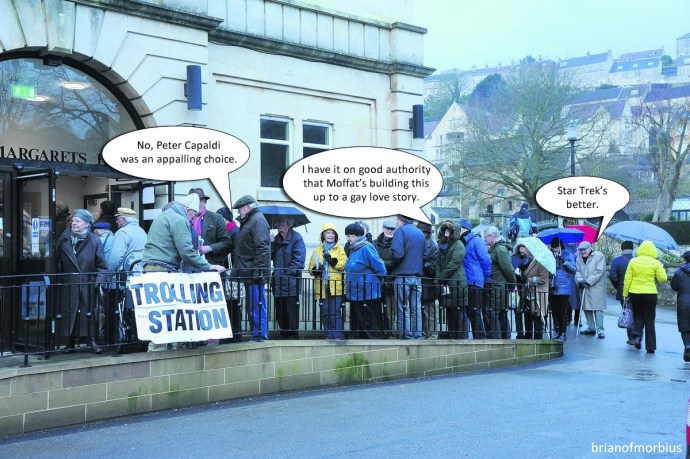 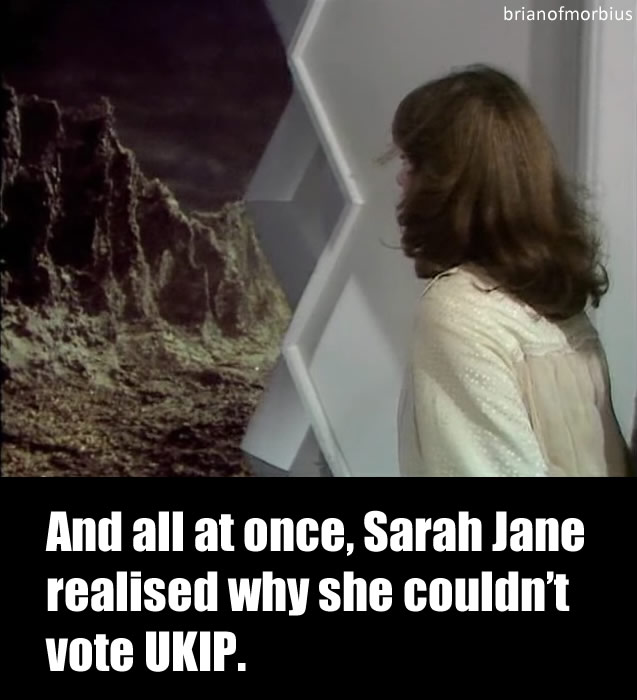