A plethora of Who-related goodness (2014 edition)

If you’ve been here for a while, you will remember that I while ago I wrote a less-than-complimentary piece about the new range of Doctor Who action figures – a creative move to a smaller size that results in set incompatibility with the larger figures (unless you want to do some sort of Hobbit story, or a stop-motion adventure about a shrinking Doctor), not to mention colossal loss of detail. On the one hand it’s great, because I no longer spend cash we don’t have on the new stuff. On the other hand I don’t have a Twelfth Doctor – or a Clara, for that matter.

Still. Who’d have thought there were so many five-inch figures we didn’t have from the original waves that I actually wanted?

The games and books all came from other people, but we bought the figures. For the boys. Honest. Unfortunately I took this in a hurry and you can’t see Lilith, the Carrionite from ‘The Shakespeare Code’, nestling behind Brannigan, the cat person from ‘Gridlock’. She has a little difficulty standing upright, and is thus supported by the television set containing the Wire, which came along with the faceless grandmother. The Smiler’s head rotates, and Doctor Constantine’s changes altogether. Oh, and the Daleks are, from left to right, the Emperor’s Guard Dalek from ‘Evil of the Daleks’, the Supreme Dalek from ‘Day of the Daleks’ and the Saucer Pilot Dalek from ‘Dalek Invasion of Earth’. (Gareth will tell me if I got that the wrong way round.)

Full-size figures aside, Thomas got the Doctor Who Adventures advent calendar this year, which came in handy when we were decorating the Christmas cake. 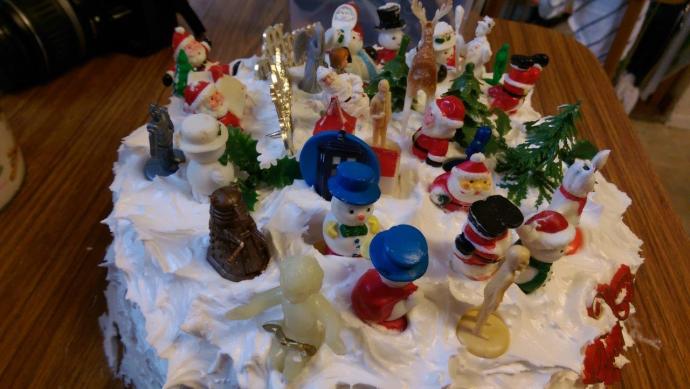 “We should have used a larger TARDIS,” Emily said, “except it won’t fit now. You’ll have to get in quick next year and stick it on as a centrepiece before they can put other things on.” Honestly, she’s obsessed.

The full line-up, if you were interested, is here.

The Weeping Angel and Silurian at the back weren’t part of the calendar; they were two of those build-it-yourself monsters that came with a previous issue, and that I always dread opening because I can never get them to stay together, and you always lose bits. Nonetheless the effect here is rather like one of those photos of colossal families, the sort that the Daily Mail love to hate, unless they can’t actually find anything bad to say about them.

Anyway, this – and the Minecraft stuff – kept them quiet for a couple of days while we drank port and caught up with Holby. After the first lot of festivities was over and I’d managed to weasel out of showing the boys ‘Last Christmas‘ by telling them it was “too complicated, too scary and you don’t really learn anything new”, we high-tailed it down to Shropshire for New Year. The previous week my mother-in-law had showed me a wonderful hand-knitted Nativity (knitivity?) set that a friend of hers had produced, all featuring brightly-clad characters, including a wise man who bears more than a passing resemblance to the Sixth Doctor. 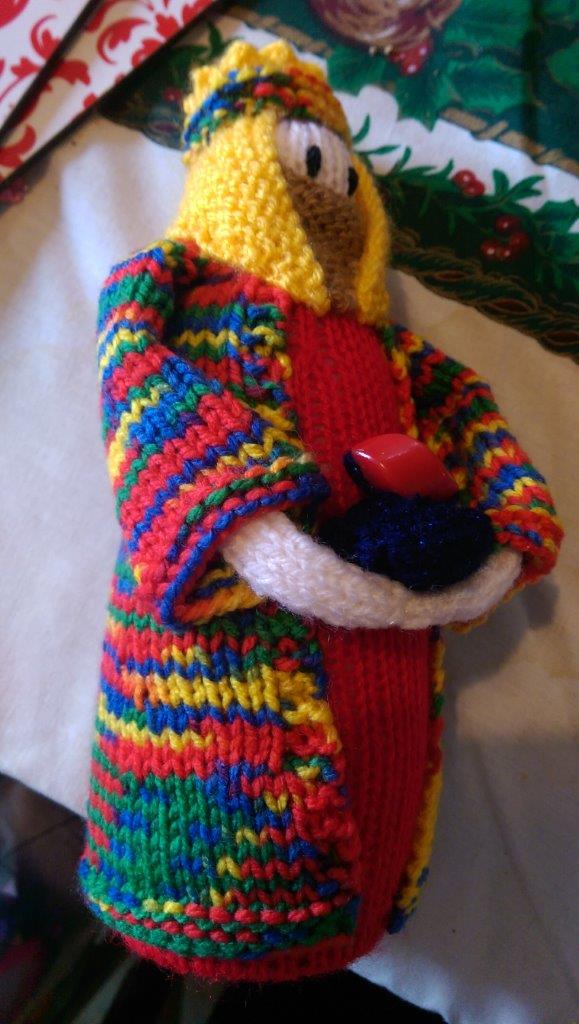 So while we’re on that, I should also mention that my brother-in-law and his family and also gave two of us cheese bakers this year, and I have accordingly named them Tom and Colin. 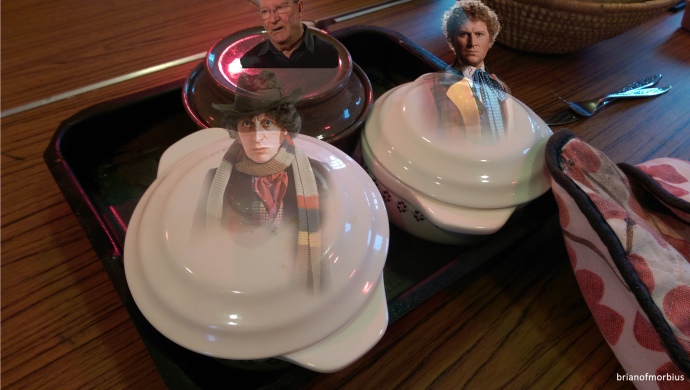 The rest was Muppets and jigsaws and dried fruit, so I leave you with something not entirely Who-related: a joint of beef we ate on New Year’s Day that I thought looked a little like an Arrakis spiceworm, which led to this. 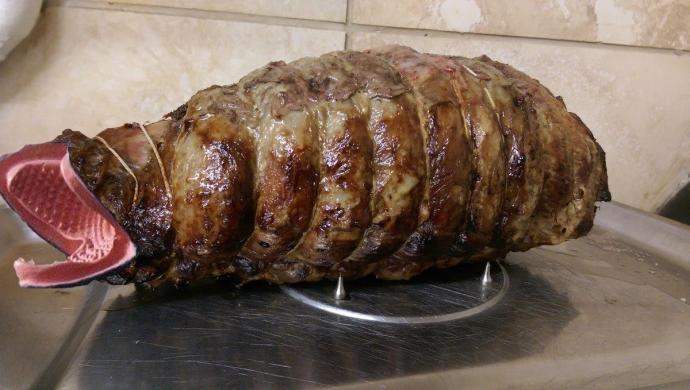 I’ve only seen Dune once, but it’s a David Lynch, and therefore it resonates. It resonates to the extent that the last time Joshua watched Rango I had an eyebrow-raising moment when we heard Ned Beattie’s ancient turtle explain to Johnny Depp that if you “Control the water, you control everything”. To which I distinctly remember thinking “No, I’m pretty sure it’s the spice…”