God is in the detail (xii)

Regular readers of this blog will know that every time there’s a series on, I try and deconstruct the arc. This is more difficult than it sounds, because each series of Doctor Who actually has two arcs. There’s the one that’s obvious, with the clues and hints thrown out by Moffat on a weekly basis for us to work out who’s in the astronaut costume, or what that crack means, or why the first question must never be answered. It is usually a bit dull, even though – like Scooby Doo – I can never solve the mystery before the shaggy-haired running bloke does.

But what most viewers don’t know is that there is in fact a SECRET ARC, , which features many subtle CLUES and VISUAL IMAGES that are hard to miss unless you do a frame-by-frame search. So with that in mind, here’s the latest instalment of those SEEMINGLY INSIGNIFICANT THINGS that occur that are going to be OF VITAL IMPORTANCE LATER ON.

We’re an episode behind, which is going to mean playing catch-up, but today we’ll look at ‘Deep Breath’.

Seemingly obscure references run rampant throughout this story. The most obvious one is this. 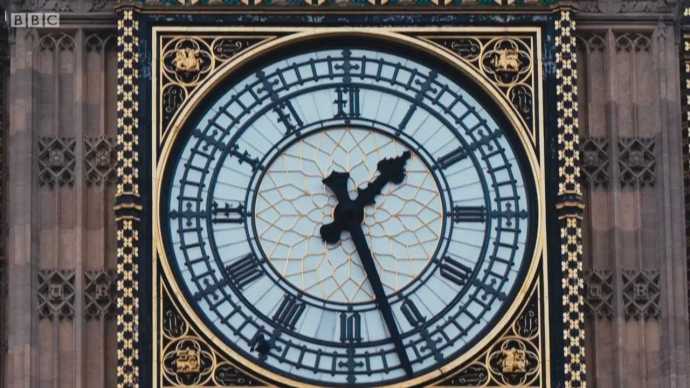 “What?” I hear you say. “It’s a clock. It’s just showing the time it was when the controller droid fell / was pushed out of the skin balloon.” But that’s CLEARLY NOT THE CASE AT ALL. Instead, 1:27 is a reference to series 1, episode 27, which happens to be the first episode of ‘The Aztecs’.

How do I know? Well, next I’ll draw your attention to this: 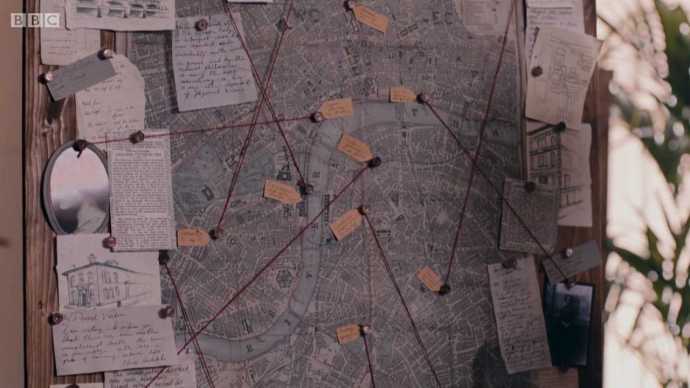 In the first instance, the river Thames features prominently on this map. A ford is a part of a river. Carole Ann Ford starred in ‘The Aztecs’. Conclusions? The Doctor’s Granddaughter Susan is ACTUALLY ANOTHER INCARNATION OF RIVER SONG. 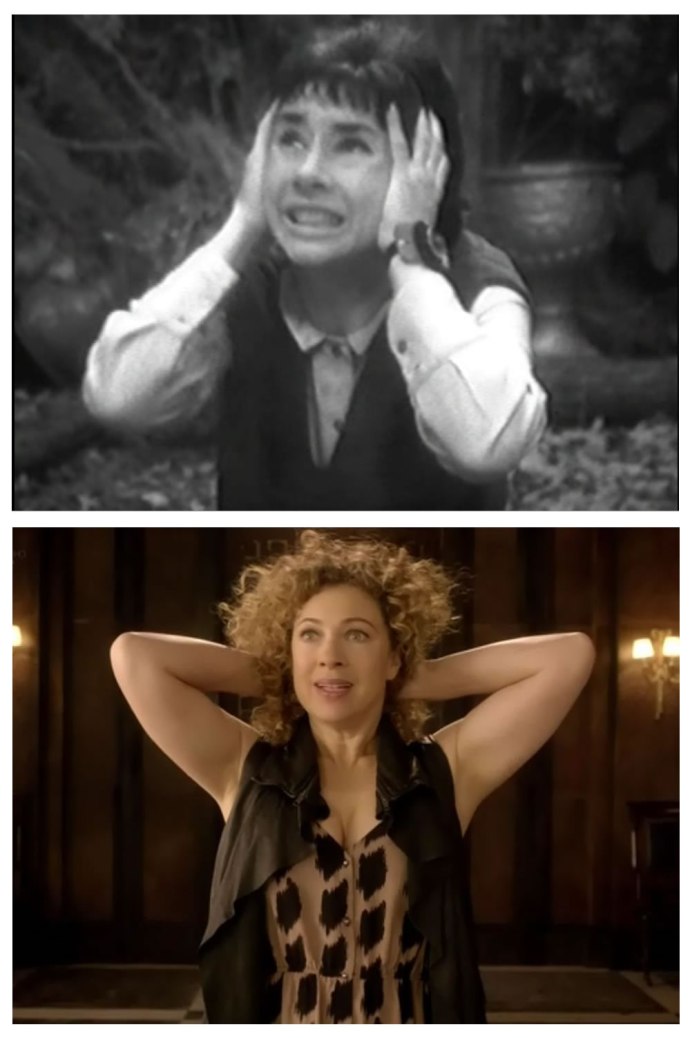 Notice the triangular shape made near the upper middle of the map, where three of Vastra’s lines intersect. It’s clearly a pyramid. Moreover, the lines are done in red, and in ‘Pyramids of Mars’ Sutekh wore a black mask with red lines on it. 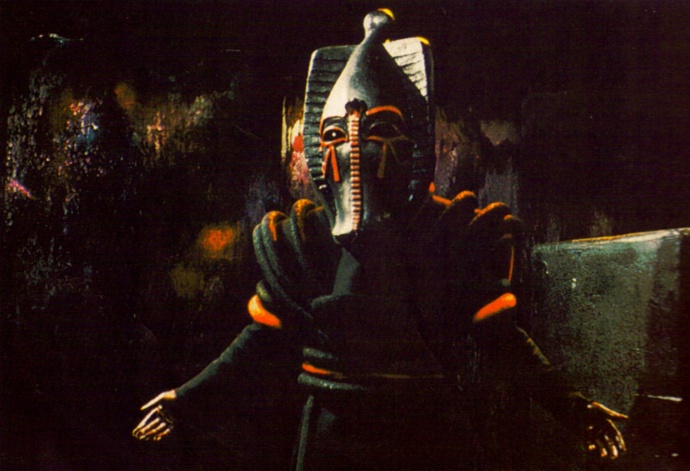 What’s more, if we transfer this to a map of contemporary London, the lines come out here: 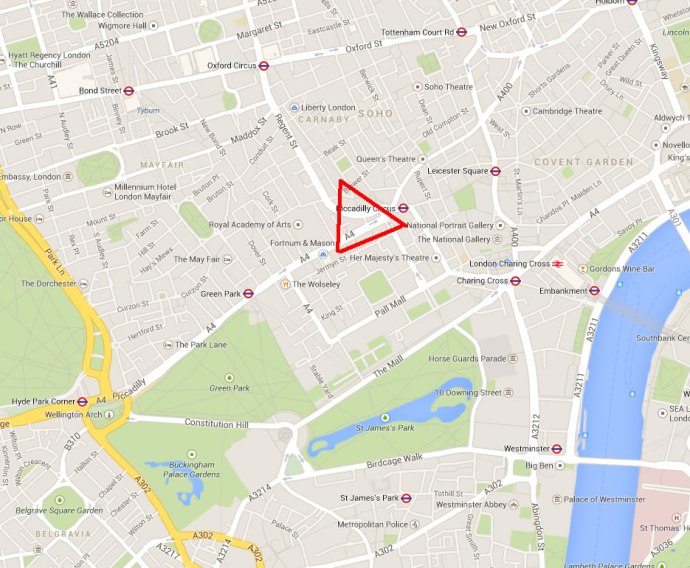 Yes, yes, you can all stop thinking about Predator now.

A triangle intersecting Piccadilly Circus (a reference to the Seventh Doctor’s ‘Greatest Show In The Galaxy’), Soho (‘The Talons of Weng Chiang’) and touching on the edge of Carnaby Street, alluding to the Third Doctor’s dress sense. This is CLEARLY IMPORTANT. You’ll remember the appearance of Tom Baker at the end of ‘Day of the Doctor’ – I don’t think it was a one-off cameo.

We can take this further. Have a look here: 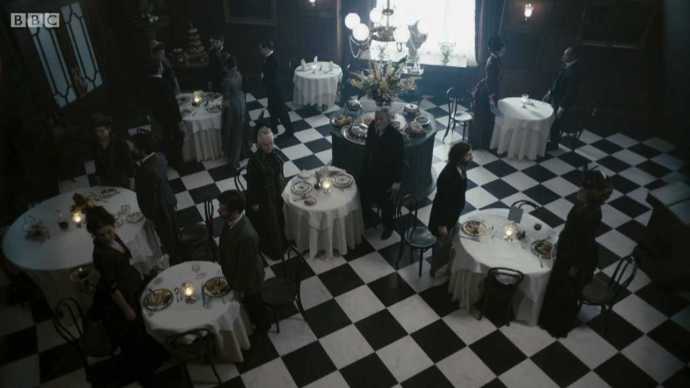 The tables in Mancini’s Family Restaurant. Never mind the fact that Henry Mancini wrote the theme to ‘The Pink Panther’, about a famous jewel thief, CLEARLY REFERRING TO THE IMMINENT RETURN OF Lady Christina de Souza from ‘Planet of the Dead’. There are eight tables here, of varying sizes. If we tally up the total number of serials for each Doctor of the Classic Who run, beginning in 1963, we get the following:

Now watch what happens when we transpose those names onto this chart, granting each table its appropriate Doctor according to relative size from the camera’s perspective: 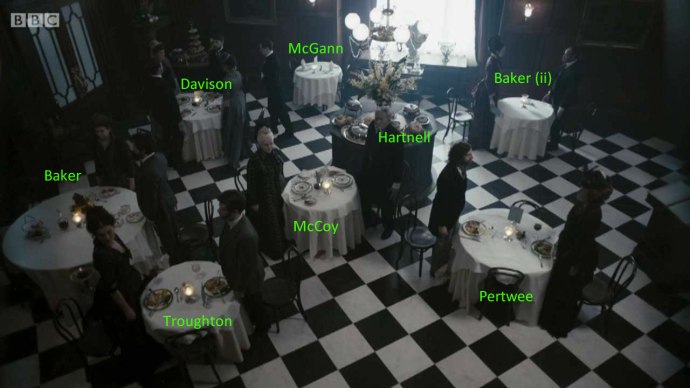 Hartnell’s is in black. The First Doctor wore black. So does Madame Vastra. AND SO DOES SUTEKH THE DESTROYER.

But it’s not only Classic Who that’s getting a mention. Here, we can see Clara’s nightmare, experienced during her bout of unconsciousness in the restaurant basement, and apparently a flashback to her first day of teaching. Notice, at the bottom right corner of the board (just beneath the angled edge of Clara’s folder), the words ‘My brother is a pig’. 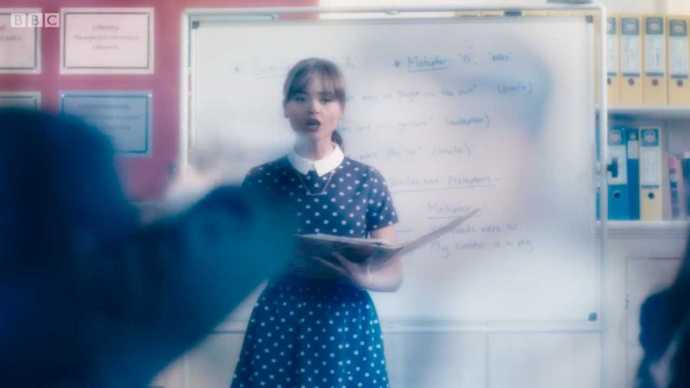 You may have to open the image in a separate tab to see this, but it’s there. Now, ostensibly this deals with the concept of metaphor and simile. But. But. BUT! I suspect the truth may be murkier still, and connected with this chap. 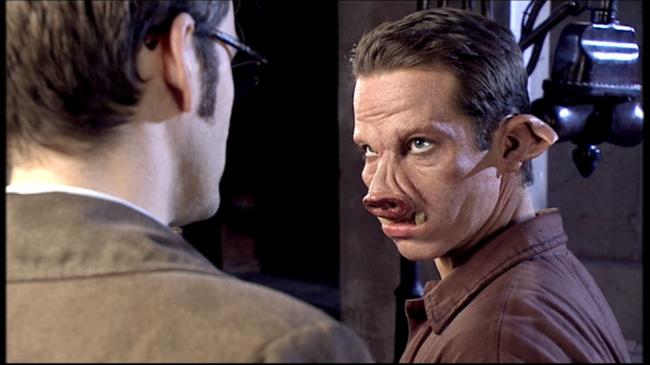 And who presumably went on to marry Tallulah with an ‘h’ and father strange pig children who will grow up to exact a terrible revenge upon the Doctor for not putting Laszlo out of his misery, perhaps by making a spaceship crash into Big Ben or something.

Now, have a look at the exterior of Madame Vastra’s townhouse. 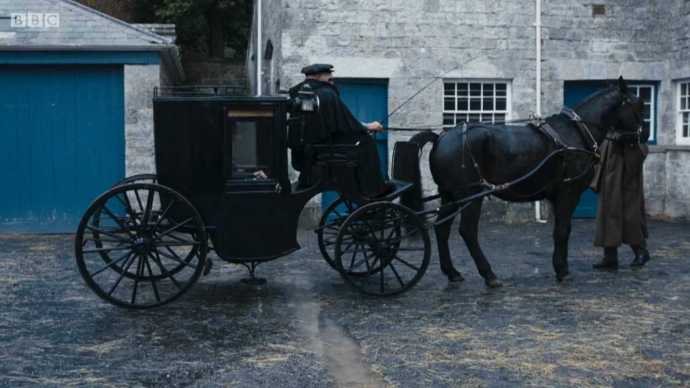 Question: When is a door not a door?

Answer: When it’s a TARDIS. Look. There are three blue doors, lined up in succession, which calls to mind this: 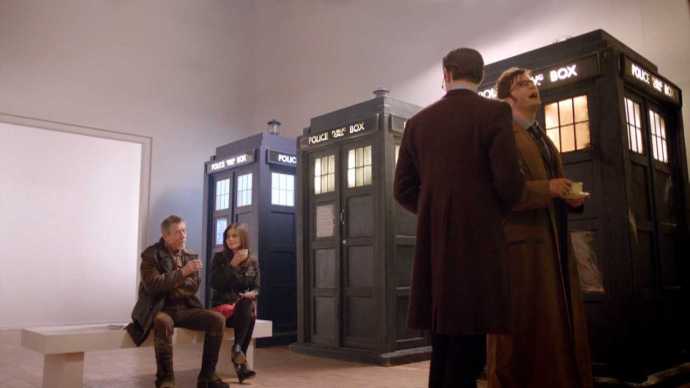 Thus a CLEAR AND UNAMBIGUOUS reference to ‘Day of the Doctor’, heralding the likely return of the War Doctor, as he gets to travel round London getting irritated with Strax (join the queue, John. Join the queue).

Except, of course, that first door is a whopper. It’s easily twice the size. Or perhaps, again, it’s all a matter of perspective. Perhaps it’s enormous, like this. 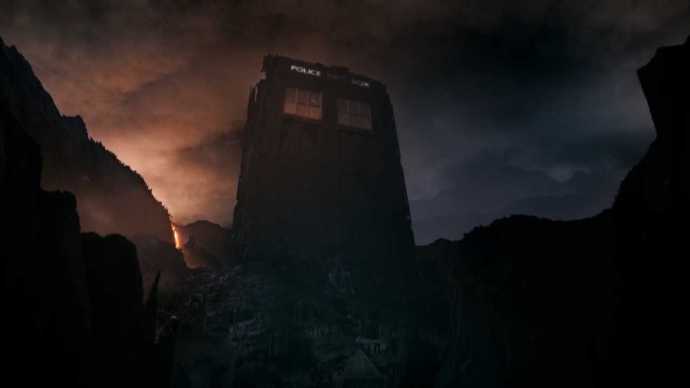 Conclusions? WE ARE GOING BACK TO TRENZELORE. Because, you see, ‘The fields of Trenzalore’ can be rearranged to make ‘A deftest horizon feller’, which undoubtedly means that Capaldi’s Doctor is going back to Trenzalore to restore its war-ravaged state to its former glory – a sort of paradise, if you will. 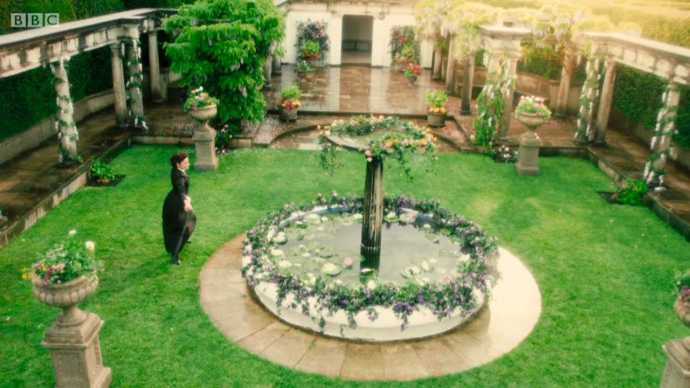