That got your attention, didn’t it?

Not long before Friends jumped the shark, NBC aired an episode that saw Joey and Chandler inadvertently hook up to free pornography. This was basically an excuse to produce porn versions of movie titles – an academic exercise which the writers purportedly loved, if anecdotal evidence and their general track record was anything to go by. Hence we are told about the likes of Good Will Humping, as well as In & Out & In Again. Some years later, Phoebe’s sister Ursula breaks into the adult entertainment business with Buffay the Vampire Layer, Lawrence of a Labia (which, I’m told, actually exists) and Inspect Her Gadget. Cue much hilarity as a leather-clad Lisa Kudrow steals into a poorly-lit crypt where a gaunt man is waiting in a coffin. “Ah,” she says. “I thought I’d find you here, Nasforatool.” 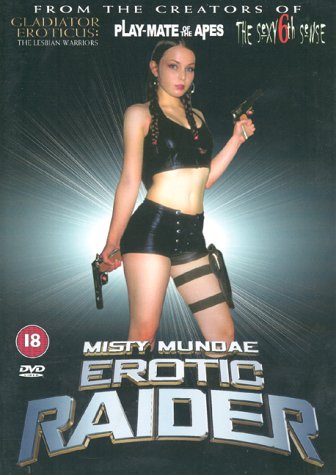 Full Circle
The Dominators
The Awakening
The Twin Dilemma

That’s before we get to the likes of New Who, which includes episodes entitled ‘The Beast Below’ and ‘Day of the Moon’ amongst its ranks. Then there’s ‘The Big Bang’, which Moffat himself (in Doctor Who Magazine) cites as “far too rude for Doctor Who” – knowing as he was writing it, that “this was the night that River Song was conceived aboard the TARDIS”.

Double entendres and smutty jokes in twenty-first century Doctor Who are par for the course. As Capaldi reveals that the upcoming series includes the line “No hanky panky in the TARDIS” (adding “for reasons which you’ll discover”, which alludes to something going on between Clara and Danny Pink), we can all breathe a sigh of relief that the show appears to have moved on from what I might term over-exposure. Part of it is the embarrassment of having to explain why Amy Pond is throwing herself at the Doctor to a six-year-old – I’m no prude, and we have plenty of baby-making books on the children’s shelf, but is it really necessary at half past seven on a Saturday evening? (Although ‘research’ shows that yes, it absolutely is.)

But it’s also that it seems incongruous. Having the Doctor snog River at the end of ‘The Name of the Doctor’s is one thing. Have her talk about screaming is another. I accept – with great reluctance – that contemporary Doctor Who has to deal with the romance thing, simply because if the show doesn’t, the fanfiction will (and already has, with numerous Doctors and multiple companions, often in the same room at the same time). I just think there’s a line. Torchwood crossed that line regularly, and was usually at its worst when it did (episode seven of Miracle Day aside). Torchwood dealt with alien invasion and any time it did sex felt like a gratuitous post-watershed shopping spree. The same could be said of the bad language – it was teenage boys writing rude words in the back of their maths books, or making the computers in the I.T. lab swear at them (never did this. Honest). There was an episode that dealt with a nymphomaniac alien that destroyed its victims at the point of orgasm, but aside from that most of the sexual encounters were mildly sordid (see Owen / Gwen, or Owen / just about anyone), or merely used for comic relief, rather than fitting with the narrative (although the irony of the Miracle Day series-closer, which saw an omni-sexual man save the world by depositing his fluids within an enormous crack, cannot be denied).

It’s not that it’s wrong to deal with sex – it’s just that neither show is really about sex, and thus its inclusion is always going to feel like a crowd-pleasing incongruity, rather than something that actually fits. There’s a story Gareth often tells me about John Nathan Turner and his tendency to provide a checklist of items that each story ought to include, whether they fit the narrative or not. “‘This one will be in Amsterdam.  And have Omega returning.  And a double of the Doctor.  And the return of Tegan.  And Nyssa’s outfit should look like [this], because it’s what the dads will want to see’ (this, as Janet Fielding points out often, from a gay man with a liking for Hawaiian shirts).” One suspects that Russell T Davies did much the same thing, only his mostly consisted of ‘gay jokes, catchphrases, and then the same gay jokes made in a different room’.

I accept there’s a certain amount of nostalgia inherent within this analysis, but we all bring our own baggage to readings of Who, whether we want to or not. The factor of the matter is that with a few notable exceptions, sex pre-2005 just didn’t seem to exist. Not really. 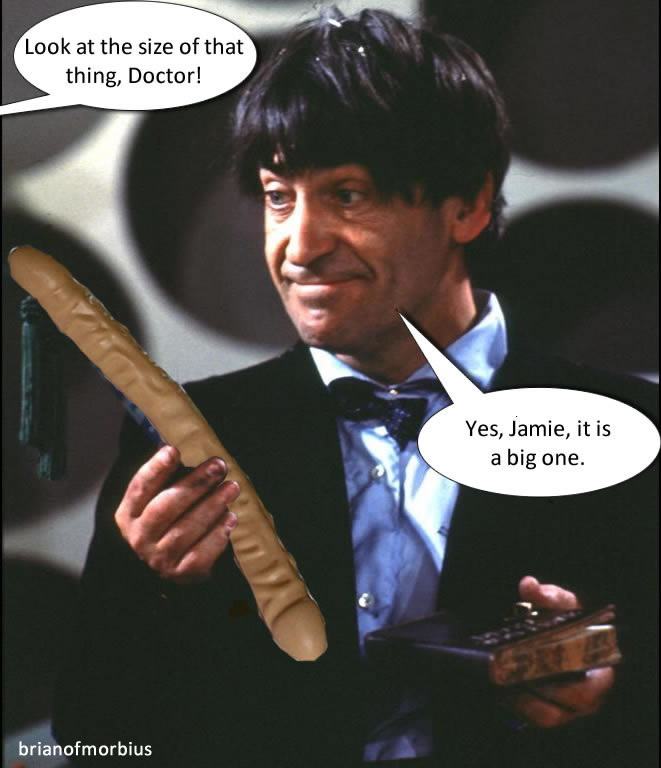 This is not an exhaustive list. But I’m exhausted just thinking about it. Next time: sandwiches, and why they’re great.