Review: An Adventure in Space and Time 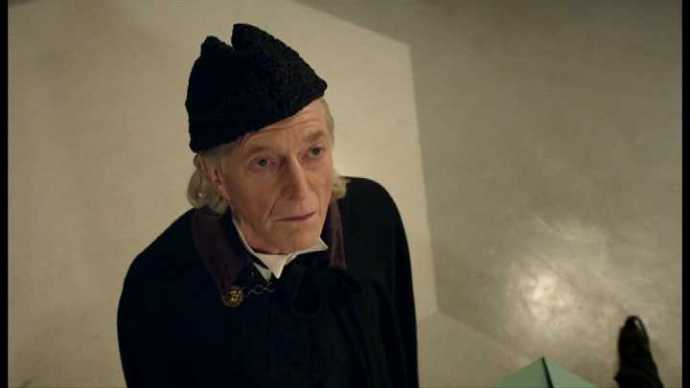 Warning: contains spoilers. If you haven’t seen ‘An Adventure in Space and Time’ and don’t want to know the score, look away now!

For my father, there has only ever been one Doctor. It’s a conversation we’ve had often, along with interpretations of gospel writings, the ethics of civil service management and the relative merits of The Goon Show. (Do not – I repeat, do not ask me to start doing the characters. We’ll be here all day.) “The best Doctor, bar none,” he insists, in the face of my rebuffs about Baker and Smith, “was William Hartnell”.

I’d imagine that An Adventure in Space and Time was probably tailor-made for someone like Dad. Certainly it wasn’t the no-holds-barred, warts-and-all tour-de-force it could have been. (I tried for a record number of hyphens in that last sentence; can you tell?) This was family viewing in the same way that Doctor Who is family viewing. None of the principals got killed (or had their memories wiped, or got trapped in a parallel universe), there was no sex to speak of and the underdogs who fought against an oppressive regime for what they knew was right were ultimately rewarded. Oh, and there was a bit of time travel.

In a recent interview with Doctor Who Magazine, the looking-astonishingly-good-for-his-age Waris Hussein says (and I’m paraphrasing) that he didn’t believe Mark Gatiss could tell the whole story – “he had to tone it down a bit”. Certainly the hour and a half I sat through last night came across as the Doctor Who Confidential version of events. There was sparring and there was an old boy’s network and casual institutional racism – epitomised in an early scene where a frantic Hussein complains about the heat in the upstairs booth, only for someone on the ground to remark “You’d think he’d be used to it”. Meanwhile, Verity Lambert (Jessica Raine, in good form) is forced to defend her controversial producer’s appointment against a sneering establishment who’d prefer to see her typing letters, rather than getting TARDIS interiors delivered on time. How could this female, it is clearly felt, rise to the occasion?

Rise to the occasion she does, although it’s not without a little buoyancy from floating aid Brian Cox, who inhabits Sydney Newman with just about enough pomposity to keep from turning the Canadian hotshot into a complete caricature. Well-dressed, bombastic and with a cigar permanently glued to his lips, Newman saves Lambert from a disgruntled Hartnell early in the narrative, only to privately rebuke her with the words “Be a producer”. Verity turns from lamb to lion and marches into a previously dismissive designer’s office, taking a seat opposite him and refusing to budge until he’s started work on the TARDIS set – which he then constructs, Blue Peter style, from a cotton reel and bits of card in thirty seconds flat, in its final form.

Herein lies one of the problems faced by Adventure – it’s got four years of narrative to condense into ninety minutes, and as a result many things are glossed over. Delia Derbyshire’s wonderful tape loops, for example, get only the briefest of mentions, in the midst of a dramatic irony-laden monologue in which Verity and Waris assure a reluctant Hartnell that everything’s going to plan, while budgets go through the roof and scripts are thrown in the bin. Or as Gareth put it, “It made me twitch a little at times at how ‘neatly’ everything happened. ‘We need to do X’, followed immediately by exactly how X famously turned out’.”

Gareth has a similar hangup with ‘Genesis of the Daleks’, a story that we both agree is wonderful, with one notable disappointment: the Daleks that Davros designs are identical in all respects to the classic Raymond Cusick design that we know and love. Budgetary constraints probably made this unavoidable, of course, but it might have been nice to see a different, more rudimentary model. It’s the same here – with the notable exception of the botched pilot (which is transcribed to screen very well) there’s an inevitable lack of detail. Nation’s name is mentioned once – although in a clever piece of juxtaposition Newman’s verbal delivery of ‘The Survivors’ is played over the assassination of Kennedy, which occurred the day before ‘An Unearthly Child’ was broadcast – fifty years ago today, as it happens. Cusick doesn’t even get a look in. And all this is cannily dismissed in the space of one line, as delivered by Lambert to Hartnell over lunch – “So many people have been at the birth of the thing, we’d be here all day”.

The paring down works, as it happens, because it allows the characters to live and breathe – and one thing that becomes apparent from the very beginning is that this is Hartnell’s story. Played to perfection by David Bradley, Hartnell is a grumpy bugger who is bored with typecasting and who shouts at his granddaughter. Sceptical and irascible to a fault, it is his transformation that forms the story’s principal arc. Despite a shaky first episode, Doctor Who turns out to be something of a fountain of youth for the man, as epitomised by a scene where a rejuvenated Hartnell leads a group of starry-eyed schoolchildren on an impromptu expedition through woodland, before doing a reasonable impersonation of a Dalek.

Such scenes are twee and in all likelihood apocryphal, but they grant Hartnell’s inevitable decline a keen emotional resonance that echoes long after the closing credits have rolled. There are many ways to chart an illness onscreen – Gatiss does it here with a series of Television Centre publicity shots showing an increasingly frail and confused Hartnell, and a dark and almost frightening studio breakdown where his mind seems to go totally blank. This follows an earlier scene where Hartnell’s wife implores Verity to scale back the BBC’s demands on him – emotional and overwrought dialogue that is somewhat undermined (purposely so, one expects) by the appearance of several costumed bees from ‘The Web Planet’. (It’s the sort of intervention that could have greatly improved the breakup scene in Spider-Man 3.) In either event, the outcome is clear: here is a character actor who finds that playing an old man gives him a key to connecting to and relating with the young. Russell T Davies really should take note. 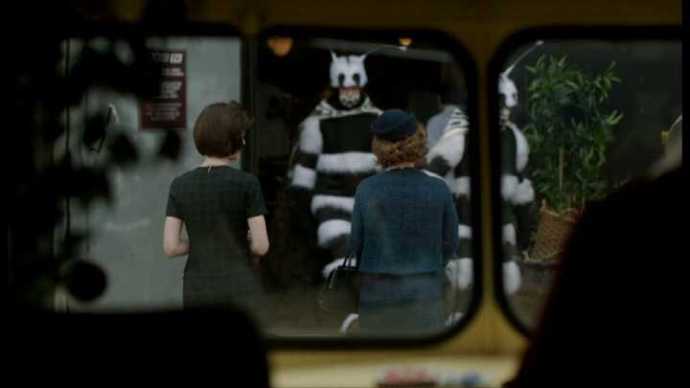 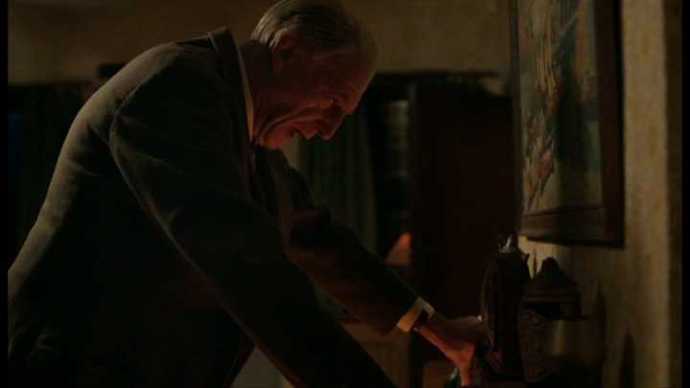 It doesn’t all work. The dialogue seldom ventures above second rate, and the expository summaries for the benefit of a young audience occasionally made me wince. Gatiss has clearly put himself on a tight leash but he still can’t resist dropping in the odd in-joke – Verity’s reassuring “Brave heart, darling” to a worried Hussein, Newman’s use of the word ‘regeneration’ years before it was used on the show proper, and the continual reference to the now famous Bug-Eyed Monsters. Even Bradley isn’t immune, weeping over his fireplace and copying David Tennant’s last words, as he confesses to his wife that “I don’t want to go”. Despite glossy production (the last programme to be filmed, as it turned out, at the now decommissioned Television Centre) and a decent score you do wonder what Aaron Sorkin would have been able to do with it.

But this is a show about nostalgia – about doing difficult things with limited resources – and while it’s all a little neat and self-congratulatory, it’s hard not to watch with a smile on your face. The final five minutes, in particular, are arresting in their depiction of Hartnell’s regeneration scene – once you’ve got over the image of Reece Shearsmith as the least convincing Patrick Troughton ever, they set up the cameras to roll, and Bradley / Hartnell looks up, and this is what he sees.

I suspect this will have some fans applauding in their seats, and others up in arms. By this point the fourth wall is reduced to rubble, and certainly the presence of Matt Smith undermines the dramatic narrative. But it also doesn’t. It’s a chance for Hartnell to see the effects of his legacy – something the Doctor’s done before, and something you feel the actor deserves, however supernaturally ridiculous the premise. You may be gone, Gatiss seems to be saying, but the show has lasted this long because of the seeds you’ve sown and the sweat and the tears. There will never be another Doctor like Hartnell, simply because no actor will have the opportunity to make his mark on the character the way Hartnell did. As a tribute, there may be none finer – and on this matter, at least, I have a feeling my father would agree.