You were expecting someone else?

Those of you on the other side of the pond may not be aware that Colin Baker – Mr Underrated, Much-Better-In-Big-Finish Carrot Juice-Quaffing Regenerated-When-He-Fell-Off-A-Stool Sixth Doctor himself – is one of the entrants in this year’s edition of * I’m A Celebrity, Get Me Out Of Here!.

Baker has complained, apparently, that while the careers of McCoy and Davison don’t seem to have particularly suffered post-Who, he hardly gets any work, apart from Big Finish. Which is a shame, for sure, but perhaps not surprising. For one thing, he will always be the Doctor that many casual viewers of the show (at least the ones I talk to) dismiss as brash and unpleasant, when the truth is he was far closer to Hartnell’s arrogant demeanour – and therefore more classically Doctor – than any of the others. Plus the BBC really weren’t very nice to him (or to the show in general) during his run, which is one of the reasons why the reign of the Sixth Doctor is seldom viewed under the warm and fuzzy lamp of nostalgia, despite some strong stories.

For another, have you seen the size of him lately? I mean, it doesn’t matter to me. It really doesn’t. It would be the monolith calling the kettle black. But show business is an overwhelmingly superficial beast and these things count, apparently. It’s a shame, because I’d imagine he’d be splendid in something like Pickwick (he’s no Harry Secombe, but he can hold a tune, that’s for sure). Sadly, the addition of a few extra pounds is always an excuse for a sea of paparazzi shots and headlines like “Looks like Baker’s been visiting his namesake a little too much!” in the gossip columns, with comments like “Former star looked old and tired”. One day we may get beyond this obsession with image, but I don’t think it’s going to happen in my lifetime.

You may remember that about this time yesterday I was whinging about the appalling sub-editing (or complete lack thereof) in a Daily Mail article about the Christmas special. The Mail is a despicable rag but it does at least have reasonable coverage of the events in the jungle, and while I have never watched the show (I gather it didn’t last beyond two seasons in the US, so perhaps I’m not alone in my disdain) I do try and keep up with what’s been going on, if only because it makes for interesting conversation in the office. Besides, there are few places you can see Colin Baker falling out of a canoe. 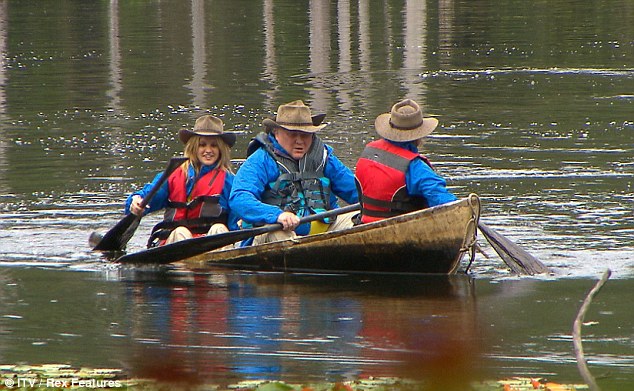 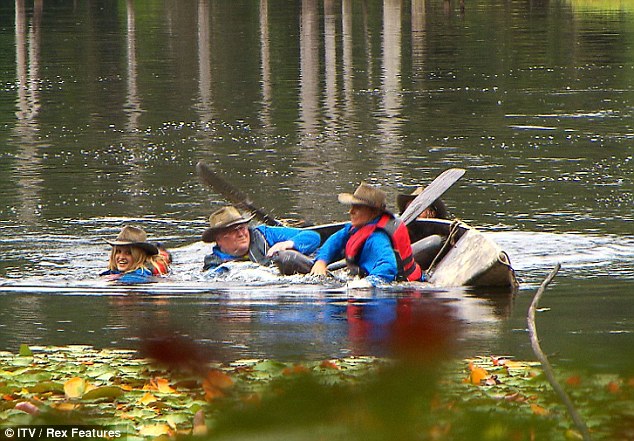 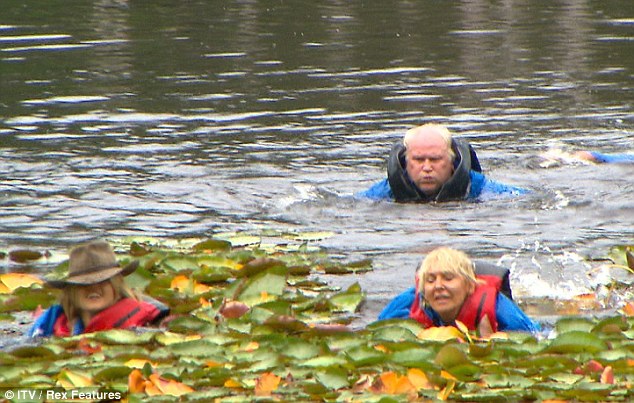 Then, of course (thanks Gareth) there’s this.

It’s curious how over the years he and Eric Bristow appear to have traded waistlines, but all credit to the man for mucking in and having a go. It would be nice to see him in the 50th anniversary lineup somewhere.

*I would dearly love to take credit for the bugs line. I would. But for the sake of scholarly integrity I will admit here that I pinched it. Still funny, though.