“Why, thank you, Beaky. I think you have a beautiful mind too.”

Walking home from After School Club with Joshua, the sunlight shimmering.

“So anyway, Daddy, eight is an even even number. Because if you halve it, you get four. Which is an even number.”
“Quite true. And if you halve it again, you get two. So you could say it’s an even even even number. Plus, eight looks the same upside down, doesn’t it?”
“That’s true.”
“And if you cut it in half, both halves are identical.”
“That’s also true.”
“So you could say it’s an even even even even even number, even.”
“Something else, Daddy – nine and six are similar because if you turn one upside down, you get the other.”
“Have you been doing numeracy today, by any chance?”
“Yes, actually.”
“I’d never have guessed.”
“Daddy?”
“Yes?”
“In that Titanic episode, they said if the ship crashed into the Earth it would destroy everyone.”
“That’s right.”
“But when it landed in ‘Turn Left’, it didn’t.”
“That’s right. It just wiped out London and irradiated South England.”
“Yes, and that’s different.”
“Quite different.”
“Oh well. I expect they just forgot.”
“I expect they did.” 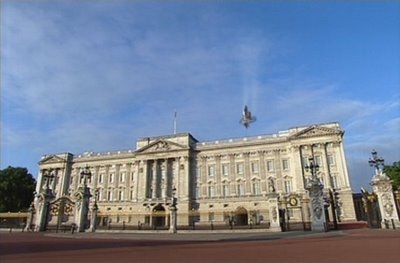 2 thoughts on ““Why, thank you, Beaky. I think you have a beautiful mind too.””